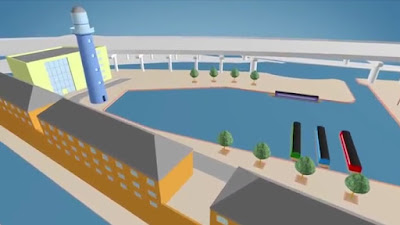 This afternoon, the Chance Glassworks Heritage Trust launched at the Sandwell Council offices in Smethwick, near Birmingham.

The Trust is the brainchild of local businessman Mark Davies, who quickly assembled a first class team of professional advisers and a board representing diverse interests with a strong commitment to rejuvenating this historic site. I was honoured to be invited to act as Patron of the Trust, being the great great great nephew of founder Robert Lucas Chance.

Below is the reply I received to a written question put to Minister of Home Affairs, Malusi Gigaba, which reveals just how anti-business South Africa has become.

Business Day picked up the reply and published a story on it yesterday - see it here.

Apart from the fact that no visas were issued for any type of business, the Minister was unable (or chose not) to answer the question about the sum of investment made into the country resulting from the issuing of visas in the past.

I am going to be pursuing this issue as it pertains directly to South Africa's relative attractiveness as an investment destination.

Yet again we are presented with concrete evidence that our government speaks with forked tongues - last week opening a one-stop-shop investment hub, this week showing its true colours in its anti-business stance by refusing new and existing businesses to bring in vital skills the country so desperately needs.

Press statement: Department of Small Business Development to underspend by between R96 and R125 million 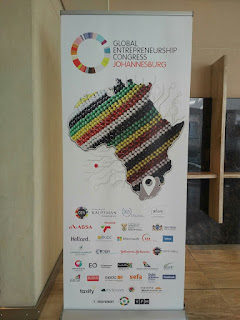 Last week the Global Entrepreneurship Congress cavalcade descended on South Africa, making a two-city stop in Johannesburg and Cape Town. Billed as the biggest entrepreneurship get-together of its kind, it reportedly attracted 7 000 delegates from 160 countries. Judging by the variety of attires I brushed past in the Sandton Convention Centre over the two days I attended that was hardly an exaggeration.


Deputy President Cyril Ramaphosa gave the keynote address, while Mayor of Johannesburg Herman Mashaba welcomed us all to the host city, giving a taster of how he intends transforming Johannesburg into an entrepreneurial powerhouse.
Read more »
Posted by Toby Chance at 03:26 No comments:

Launch of the Chance Glassworks Heritage Trust film and workshop

For those of my readers living in the UK, and have an interest in the firm of Chance Brothers, founded by my great great great uncle Robert Lucas Chance, there is still time for you to book tickets to attend the launch of the Chance Glassworks Heritage Trust promotional film and workshop at Sandwell Council offices on March 28th.

See this newsletter put out by History West Midlands magazine for more details.

For the past two years, the Trust has been painstakingly working on its grand project, which is to restore, preserve and redevelop what remains of the Chance glassworks, which date to before 1824, when Robert Lucas Chance purchased the site. The Trust approached me to be its Patron, which I was honoured to accept. On most of my several visits to the UK since then I have paid a visit either to the site, or met with Mark Davies, the Chairman, and other members of the Board to check on progress and contribute whatever I could to the success of the project.

This is an incredibly exciting project, and received a major boost last month when it got a financial injection from Sandwell Council to pay for the completion of the business plan and fundraising activity. The Trust aims to raise in the region of £25 million (around R400 million) to fulfil its vision, which includes the construction of a 30 metre high lighthouse topped with a working Chance lens, which will have the distinction of being the furthest lighthouse from the sea anywhere in the world!

I will post a link to the video after 28th March so readers can find out more about the Trust and its grand vision.

On Friday I had my first meeting with Quinton Dicks, newly appointed CEO of the SME Fund established as part of the CEOs Initiative. This initiative came into being early last year, shortly after Pravin Gordhan's reappointment as Finance Minister and was an attempt by business and government to avert the ratings downgrade which was hanging over the country like the proverbial axe.

Discovery's Adrian Gore and Bidvest's Brian Joffe were put in charge of the entrepreneur fund workstream, charged with raising R1,5 billion to be invested in high-growth potential SMEs. In May my colleagues Geordin Hill-Lewis (Trade and Industry shadow minister) and Michael Cardo (Economic Development shadow minister) met with Gore, Joffe and Lisa Klein, the fund's interim CEO, to find out more about it and get a progress report. In preparation for the meeting I sent them a briefing note which I reproduce below.

In the intervening months the Fund has created a website and appointed Dicks as CEO. Importantly, it has not received the R1,5 billion matching funding promised by government when the fund was announced. There was no mention of it in the budget tabled last month, and I have sent a written question to Minister Gordhan asking why not.

Today's Mail & Guardian published an article on page 17 claiming the Department of Small Business Development will underspend its 2016/17 budget by R140 million, more than 10% of its budget. 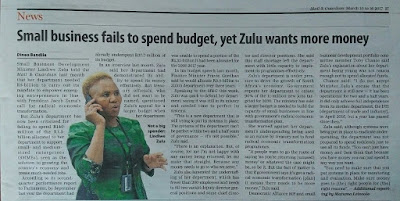 M&G journalist Dineo Bendile called me on Tuesday requesting comments on the story, which I willingly provided. The article quotes a short segment of what I sent her and there is an unexplained discrepancy between the actual and claimed year-to-date under-spending. She did not reveal her source for the under-spending claim, only referring to them as "Treasury officials".

Minister Zulu wants her budget substantially increased, so it seems these un-named Treasury officials are waging a behind-the-scenes battle with her based on the Department's inability to spend what it's already been allocated. The issue is not just the spending, but how it's spent. Does it produce results?

Results of a survey by the Gauteng City-Region Observatory reveal that 8% of respondents own a business, of which 35% are in the formal sector and 65% are in the informal sector. A map unsurprisingly shows informal businesses to be primarily township-based while formal businesses are in established industrial and commercial hubs such as those north of Johannesburg's CBD.

Relevant to Mr Govender's point is that informal, township businesses tend to buy locally whereas formal township businesses buy from outside suppliers. This illustrates that most township businesses are not taking advantage of opportunities to expand by buying from suppliers who themselves are connected to formal and often shorter supply chains, leading to better quality products, improved logistics and lower prices.

Both Mr Govender and the GCRO have missed a key dynamic in township economies, which is that foreign-owned spaza shops have been able to reduce their prices and so out-compete locally owned informal spazas by amassing greater purchasing power through bulk buying networks which source from formal sector suppliers.

Much could come from the form of training Mr Govender calls for focusing on the township retail sector, which in combination has enormous buying power, if they could work together. Moves are afoot to address this key factor in revitalising the biggest sector in the township economy. Expect to see real transformation sooner rather than later.

This morning the Department of Small Business Development Director General, Professor Edith Vries, and members of her staff were due to present a briefing on the developmental status of all 400 cooperatives funded by the DSBD since its inception.

But when asked to begin, the DG requested that the Committee allow her to postpone the briefing until such time as she felt the Department was ready for it.

This led to three hours of questions, discussion and partial responses from the DG and Chief Director of Cooperatives, Jeffrey Ndumo, the longest period so far given to consideration of a non-briefing in Committee!