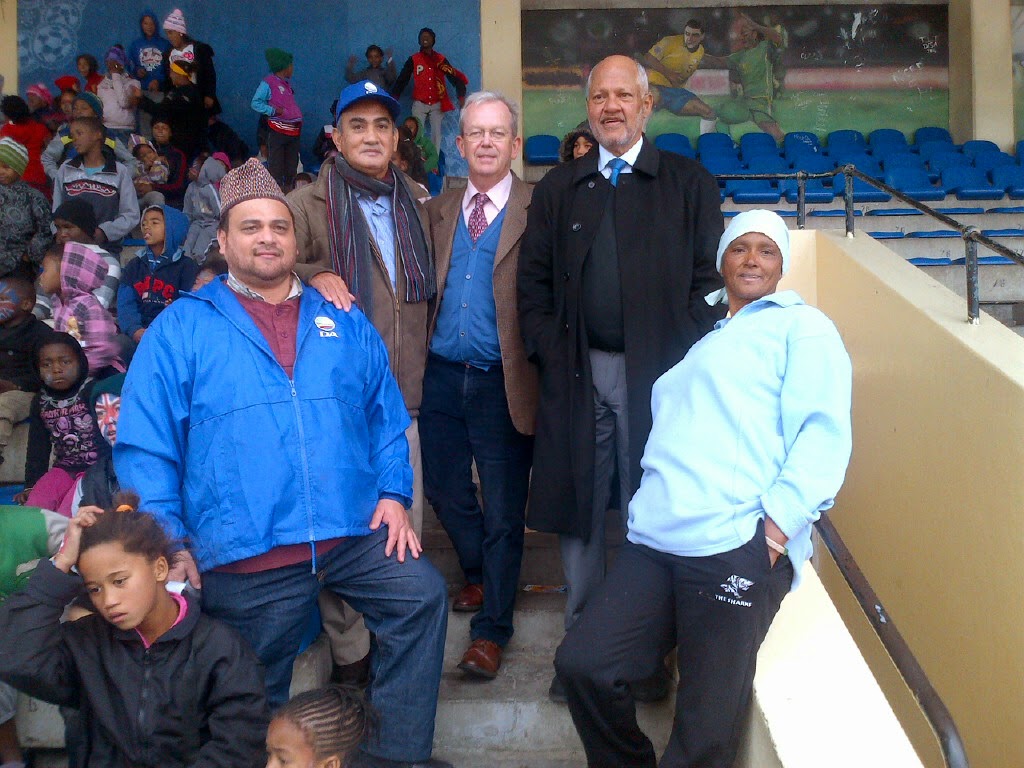 Today was Nelson Mandela Day, commemorating the birth of the great man 94 years ago, on July 18th 1918. The United Nations has declared this a day of kindness and goodwill, to honour the deeds of a man who contributed so much to humanity and who, along with FW de Klerk and other courageous leaders of that time, rescued South Africa from centuries of racial hatred and conflict and set us on a new course.

South African tax payers, all 5 million of us, do not need reminding we are supporting another 45 million less well off people. It is drummed into our heads daily. We live in a very unequal society, and yesterday was an opportunity for us not just to begrudgingly hand over our precious taxes but go the extra mile and give of our time too.


On this day all South Africans - in fact everyone the world over - are encouraged to spend 67 minutes doing something for those less fortunate than themselves. Nelson Mandela gave 67 years of his life to public service, from when he became politically active until he retired in 2009. So I did my bit, spending time with fellow MP Wilmot James and other DA members feeding children from an informal settlement (read squatter camp) at the Vygieskraal Stadium in Ward 48, Athlone, Cape Town.

I can't take the credit for this effort. Councillor Magedien Davids and his DA activists put the whole thing together. Around 200 children gathered there, celebrating not just Nelson Mandela's memory but also the prospect of a new life, just months away. Recently Cllr Davids and the Mayor of Cape Town, Patricia de Lille, announced the redevelopment of this informal settlement and the building of fully serviced homes to accommodate families who have endured hardship and deprivation for years. It is one small but significant example of how some of our fellow citizens are moving from squalor to a decent life.

When I arrived at the stadium I was treated with a respect and deference which I found slightly embarrassing. I got the impression my hosts thought I was much more important than I really am. Was it because I was the only white person to come along (there might have been others but I did not see them) or because my hosts were very polite and generous by nature? It is sometimes hard, as a white person, not to be self-conscious in situations like these, with the racial overlay ever-present in our society.

But I soon shed my feelings of unease as I climbed up the stadium steps and stared at the sea of young, smiling faces. It was heart-warming to see these children, huddled up in the driving wind and rain, faces painted with the Union Jack and other national flags, celebrating the life of Madiba. He has been an inspiration to us all. I made a brief speech pointing out Mandela was a citizen of the world, illustrated so well by all those painted faces. He is a symbol we can all identify with.

Mandela was born in the year the Great War ended, the war to end all wars which resulted in an estimated 15 million deaths. In September of that year my great uncle Eustace Chance was killed on the Western Front in France, just two months before the Armistice. Every family who lost a loved one in that terrible conflict spends time reflecting on their loss.

This year is the centenary of the start of that war. World leaders gathered in France in June to remember the fallen, among whom were thousands of South Africans. Included in this number are the black South Africans who were originally buried in separate grave sites but who are now re-buried alongside their white countrymen. How disgraceful it took 100 years to right this wrong.

Mandela's mission was to eliminate racial discrimination. The separation of blacks and whites, some in shacks some in suburbs, some in named graves some in forgotten holes, is a shameful stain on our history and our present. Yesterday was a chance to make amends.

Wilmot James grew up on the Cape Flats and is the constituency head of this part of Cape Town. He knows what deprivation feels like. Climbing out of a life where he faced discrimination at every level, he had a distinguished career in academia and public service before joining the DA. Now he is a Member of Parliament, a senior figure in the Party and respected among his peers. He is a role model for the children who gathered amongst us in Athlone. He embodies the DA's Open Opportunity Society For All.

I saw faces among the children gathered yesterday who could be the next Wilmots. They have it in them to be so. What will it take to make this possible?

My answer: a society which celebrates, nurtures and encourages talent but which recognises past hindrances and seeks ways to redress them.


This is tricky terrain for South Africans to discuss, especially white DA MPs who are vulnerable to attack by people who want to paint us as white supremacists and racists, or simply patronising. But I ask you, how else must we "historically advantaged" and "Historically Disadvantaged Individuals" deal with this, if we don't both acknowledge who we are and where we came from? How do we find ways for more Wilmot James's and Magedien Davids to escape the shackles of their past and embrace a future where they can own their identity and possibilities in life?

We will no doubt debate this in Parliament and among our fellow citizens in the coming months and years.
Posted by Toby Chance at 13:08