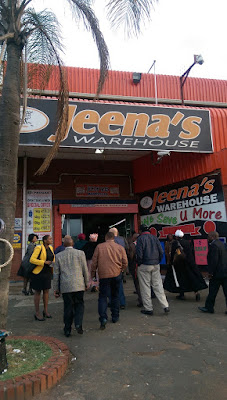 The 2008 attacks were labelled xenophobic because most of the victims were foreigners. They were accused of taking jobs from South Africans and using unfair and sometimes illegal practices to out-wit local traders, putting them out of business and leading to widespread resentment and envy.
The attacks shocked South Africa and the world. The myth of African brotherhood was punctured, as the country sought answers to deeply worrying questions – why were foreigners targeted, what were the underlying causes of the hatred and violence, why did our intelligence services fail to see it coming?

As part of a national response, Parliament established an ad-hoc committee to probe the causes and recommend solutions. Among the causes were competition for scarce resources among our most vulnerable (including foreigners), inadequate border controls allowing thousands of illegal immigrants into the country, and failure to integrate foreigners into our communities.

Solutions included swifter handling of immigrants’ refugee and asylum applications, more job opportunities in townships and rural areas, a border management agency to control immigration, and a more concerted effort by government and civil society to educate South Africans about the rights their newly acquired neighbours shared with them.

Seven years later, we have a sorrowful sense of déjà vu. In January, and again in April, incidents of violence against foreigners broke out in Kwa-Zulu Natal, Gauteng and Cape Town. The same questions were asked, amidst a depressing feeling that not much had been learned.

This week another Parliamentary committee on probing violence against foreign nationals met in Durban to begin the search for answers and solutions. What we found inspired both hope and concern.

During three days of hearings and visits to affected areas, we listened to the experiences and views of law enforcement agencies, civil society organisations, victims and perpetrators of violence, as well as government officials tasked with finding answers.

Much of our attention focused on factors that triggered the violence.

A presentation by the Deputy City Manager of eThekwini Municipality, Dr Musa Gumede, recounted how on 30th March a labour dispute at Jeena’s Warehouse in Isipingo, south of Durban, escalated into a low-level riot targeting the store for employing foreigners.

The store management denied this, saying they only employed locals and blamed the Professional Transport and Allied Workers Union for putting the jobs and livelihoods of employees at risk. They said there was no connection between the labour dispute and violent attacks on foreigners.

The Provincial Secretary of SANCO, in his presentation, claimed the trigger was not the labour dispute at Jeena’s but the discovery in the hands of a foreigner of a stash of illegally-obtained ID books.

The Commander of the Umlazi police cluster, for his part, said they could not find the allegedly illegal IDs nor the carrier so could not confirm nor deny wrong-doings at Home Affairs.

He did say, though, that in the heat of the attacks Home Affairs had requested police refrain from checking documentation to dampen down the anger. Sensible violence mitigation or an attempt to cover their tracks?

Multiple and contradictory opinions over the cause of a factual event are nothing new. More time has been spent citing the assassination of Archduke Franz Ferdinand of Austria in 1914 as the trigger point for the outbreak of World War I than perhaps any other event. But years of analysis have not brought consensus.

The causes of World War I, just like the violent attacks on foreign nationals here, lie in a complex series of historical forces that lead to situations of conflict and aggression. These are compounded by complacency and inertia by the role players, a failure to learn from the mistakes of the past, and new and unforeseen forces made inevitable by changing circumstances.

Touring Isipingo, KwaMashu and Phoenix, we heard from foreigners who left their home countries both to escape oppression and despotism and to seek brighter futures in South Africa. Our country is lauded for our human-rights ethos and respect for the law, economic opportunities and a social security net which staves off absolute poverty.

But the provisions of our Constitution, immigration and asylum laws are in stark contrast to the lived realities of foreigners when they enter our land, and those of receiving communities.

Home Affairs officials delay the issuing of permits, leaving foreigners unable to open bank accounts or obtain business licenses and tax certificates. Police harass some business owners while accepting bribes from others. Migrants without papers are forced to seek low-paid jobs, pushing out locals who refuse to work for “slave wages.”

Foreigners on this side of the road rent a house from a local or set up a container packed with goods valued at R70 000 while on the other side of the road a South African ekes out a living selling goods from a paltry stock worth less than R2 000.

This is an unfair playing field, the locals cry. Foreigners access networks to tap into funds inaccessible to them. Some use locals as fronts to man their shops while operating drug trafficking rings and truck hi-jacking syndicates to obtain goods they sell on the cheap, putting locals out of business.

Amongst all these accusations and counter-accusations, we also heard from NGOs and relief organisations which went out of their way to ease tensions and provide food, clothing and shelter to victims. South Africa is blessed with a strong civil society, which government and law enforcement agencies acknowledge are vital to their own relief efforts.

District 9 was a camp set up for the Prawns. South Africa’s liberal and inclusive approach led to the rejection, rare among nations, of such camps for immigrants.

Recently there have been calls to establish camps. While this might make management of immigrants easier, it would be near impossible to move existing immigrants into such camps.

Much better to improve the bureaucratic handling of immigrants, build on civil society efforts towards relief, dialogue and inclusion, and establish the conditions for our economy to grow and provide opportunities for free and fair trade by all – locals and foreigners alike.
Posted by Toby Chance at 09:58