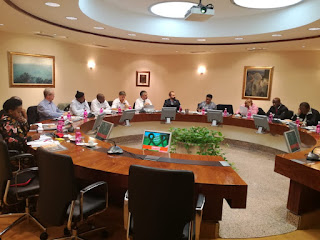 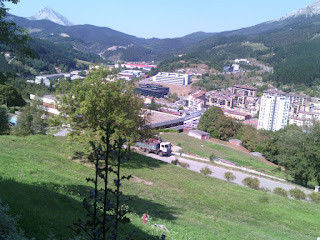 The Mondragon Corporation has its roots in a technical college set up in 1943 in the town of that name by a Catholic priest, Jose Maria Arizmendiarrieta. He came equipped with an extraordinary mixture of idealism and pragmatic talent. His purpose was to instil a set of values in the community based on sharing and participatory humanism, while training the youth in technical skills. It was all about “socialising knowledge in order to democratise power.”

In 1956 five graduates of the college bought a small kerosene stove business and converted it into a coop, which was followed in 1957 by the formation of a consumer coop and later by coops in the finance, retail, insurance, engineering and consumer durables sectors.

60 years after its formation, Mondragon Corporation encompasses over 266 businesses and is one of Spain’s largest industrial groups with turnover of 12 billion Euro (R200 billion) and 75,000 employees. Its philosophy is summed up by its slogan “Humanity at Work”, and an approach to business in which “the generation of wealth has a single goal: the wellbeing of people and the community, achieved through competitive business and inter-cooperative solidarity.” 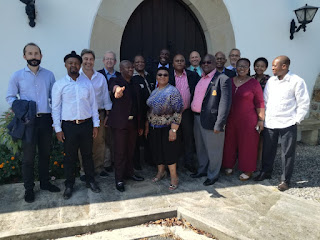 As one of the Mondragon executives put it, the essence of Mondragon is not the alleviation of poverty but the creation and distribution of wealth in a fairer and more equal way.

Their laser-like focus on innovation, technology, internationalisation and human capital development has paid dividends. Mondragon is the dominant business and employer in the Basque region which boasts Spain’s highest GDP per capita at 37,000 Euro and ranks top in Europe’s Human Development Index and 7th globally.

To see how they did it, the committee visited the Mondragon headquarters and three of its coops, none of which conformed to our pre-conception of what a coop is. In South Africa, the failure rate of coops is 88% so we have a lot to learn.

The Ulma Group makes a wide variety of capital goods including fork lift trucks, conveyor components, handling systems and piping. Last year it had sales of 728 Euro (around R12 billion), 70% produced for export or made in its international subsidiaries, and employs 4,685 people. 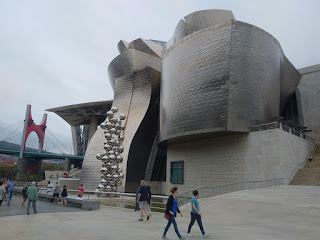 Fagor Arrasate, which makes die pressing equipment and machine tools for the home appliances, aerospace, automotive and engineering sectors, employs 868 people and had sales of 248 million Euro in 2017. It is tiny compared to its competitors but by South African standards rates as a medium to large business.

Mondragon University has over 5 500 registered students and four faculties – engineering, business studies, humanities and education sciences, and gastronomic sciences. Each faculty operates as a coop and together they offer 15 undergraduate, 13 masters and 3 doctoral programmes. 75% of its income derives from student fees, 25% from the private sector in the form of donations and research partnerships.

As we toured these premises we were impressed by their commitment to high-tech, skills development, innovation and an export-focus. It was as if everyone we spoke to was reading off the same script. This is hard-wired into their system and not forced onto them by some outside entity, while government plays a supportive not a directing nor funding role.

What can we learn from Mondragon and the Basque country’s achievements? First, at the coop level, success does not come from grants or handouts but from a rare combination of social entrepreneurship, committed leadership, cooperation and competitiveness. At the regional level, success boils down to defining and relentlessly pursuing competitive advantage based on an educated and skilled workforce, and a global perspective. 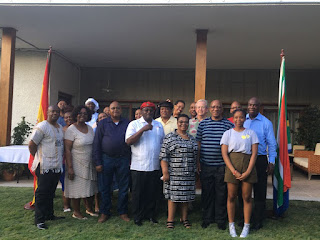 During our short stay in Madrid we met an executive from the organisation representing Spain’s social economy. It became clear that the social economy is taken very seriously in Spain, with over 43 000 social employers providing 2,3 million direct jobs and 6% of GDP. It is significant that it falls under the Ministry of Labour, with its primary aim being job creation.

While we cannot simply transplant these practices to South Africa, we must be prepared to examine how the principles they are based on can positively impact our own policy-making process and culture. This is essential if we are to achieve both a sustainable coops sector and prosperity in the wider economy."