State of the Nation Debate 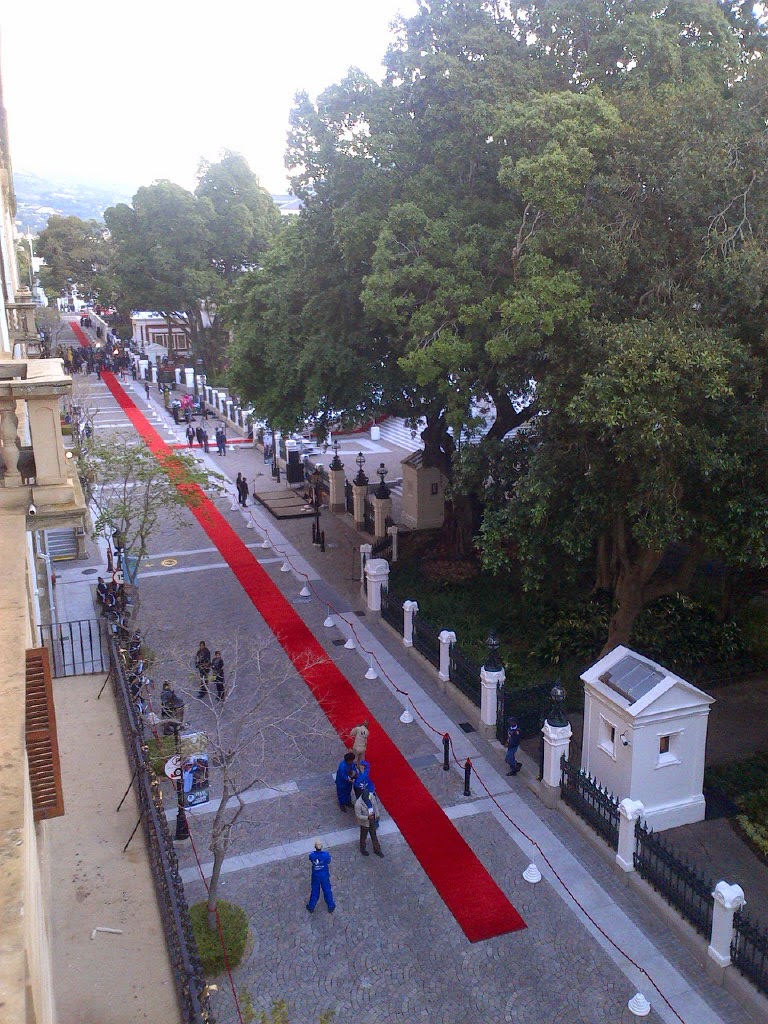 This week in Parliament was taken up by the State of the Nation Address by Jacob Zuma and the subsequent debate. For the first time I was introduced to the Rules of the House in practice, and the strict formalities MPs have to adhere to while in the chamber. For me it meant watching and listening from the benches, but for Julius Malema and his fellow EFF MPs it meant ejection from the House on its third sitting. Only Malema was ordered to leave the chamber by the Chairperson, Thandi Modise (apparently the speaker Baleka Mbethe is ill) but when he rose to depart all his colleagues followed suit. They did so in a most undignified manner, shouting obscenities at the Chair and Jacob Zuma and causing the maximum amount of disruption and noise. One of them tried to grab the microphone next to DA MP Alf Lees, but his quick reaction stopped it just in time.


Malema's ejection was due to his remarks made on Wednesday, accusing the ANC of killing the 34 miners at Marikana in August 2012. Before she adjourned the House on Thursday the Chair delivered her judgement that these remarks were un-Parliamentary and called for Malema to withdraw them. Malema retorted thus: "When police reduce crime, you come here and say the ANC has reduced crime. And when police kill people, you don't want us to come here and say the ANC Government has killed people. That is inconsistent". But the Chair would have none of it and ordered him to leave the house when he refused to retract the remarks.

The Chair made two other judgments on points of order raised by MPs in the debate. One concerned the interpretation of the word 'judges' used by Minister Lindiwe Sisulu in accusing the City of Cape Town of bribing the judges of the World Design Capital to select the City as the World Design Capital 2014. John Steenhuisen, DA Chief Whip, objected to the impugned insult on judges, while the Chair took the view that it was not South Africa's judiciary that Sisulu was accusing but the judges of an international competition. She refused to censor Sisulu.

The other matter was more controversial, and concerned another comment Sisulu made in her speech, when she labelled Mmusi Maimane a hired native of the white-controlled DA. The Chair ruled that when used separately there was nothing un-Parliamentary about the words hired and native, but in using them together in one sentence this could be construed that all blacks in South Africa were hired natives. She ruled this un-Parliamentary and Sisulu withdrew the remarks.

All this reminded me of the tricks advocates play in court when they press a judge's buttons a bit too much and the advocate for the other side objects. Normally the judge makes a decision there and then, but I guess Modise is new in her job so she wanted to be sure of her judgments.

There was much discussion afterwards, as the EFF protested outside Parliament, whether Malema's remarks were justified or not and the consensus of those I spoke to were that they were entirely valid. I very much hope this is not an early sign of the ANC-friendly presiding officers in the House closing down debate that they don't want to hear. 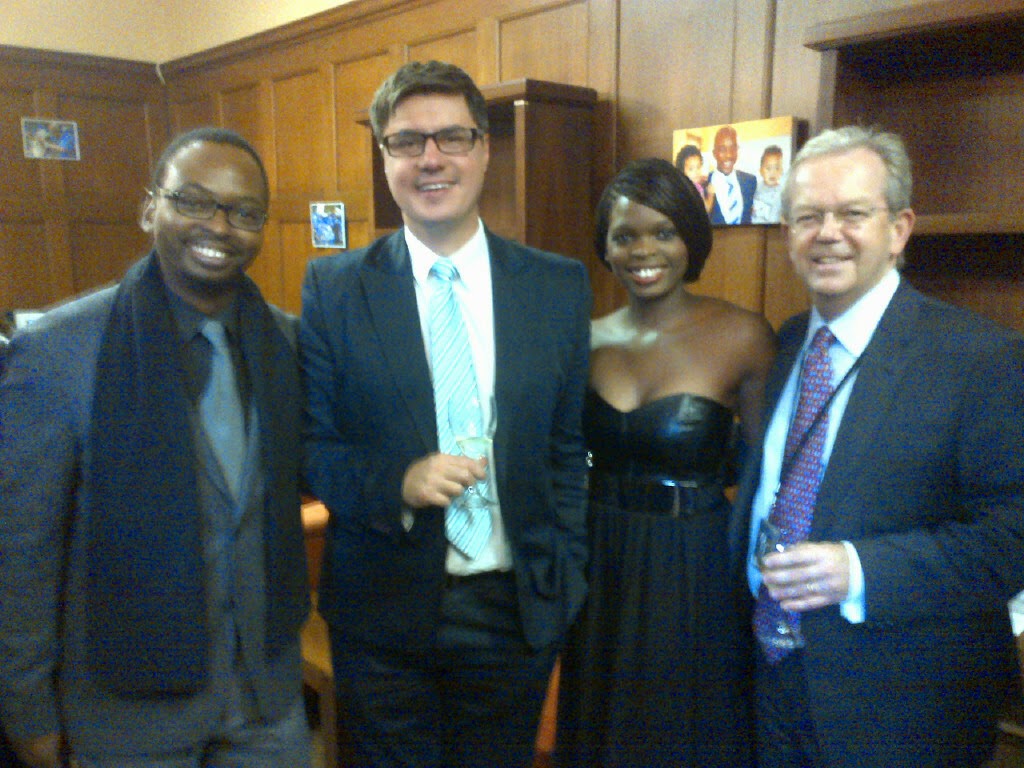 Before President Zuma gave his address on Tuesday DA MPs, some with partners in tow, gathered in the Parliamentary Leader's office for drinks. It was a convivial occasion, the good weather contributing to the overall feeling of goodwill. We had an opportunity to chat to our colleagues and their wives /  husbands / partners in a relaxed atmosphere, when none of us were nervously rehearsing speeches - tonight was Zuma's night.

There was much speculation about his health, Zuma having withdrawn from public appearances for ten days after succumbing to exhaustion and perhaps other more serious ailments as the ANC post-election lekgotla got underway. His speech-making style is never inspiring, the words delivered in a slow and deliberate way, with little if any engagement with the content. As with his inauguration speech it was all about radical socio-economic transformation, which set the tone for his ministers' speeches in Wednesday and Thursday. He had the temerity to say South Africa is at work - which is clearly not the case as over 30% of us are unemployed. Somehow the refrain of "we have a good story to tell" has taken hold and Zuma and his acolytes are spinning it for all it's worth.

Jeff Radebe, Minister in the Presidency, opened the debate on Wednesday with a strong reaffirmation of the second democratic transition, the main goal of Zuma's second administration - economic emancipation following the political freedoms gained since 1994. Mmusi Maimane gave a measured and eloquent response, declaring that Zuma was out of touch with the people of South Africa, citing the Nkandla debacle as evidence of the yawning gap between the haves and have-nots and corruption starting at the top. 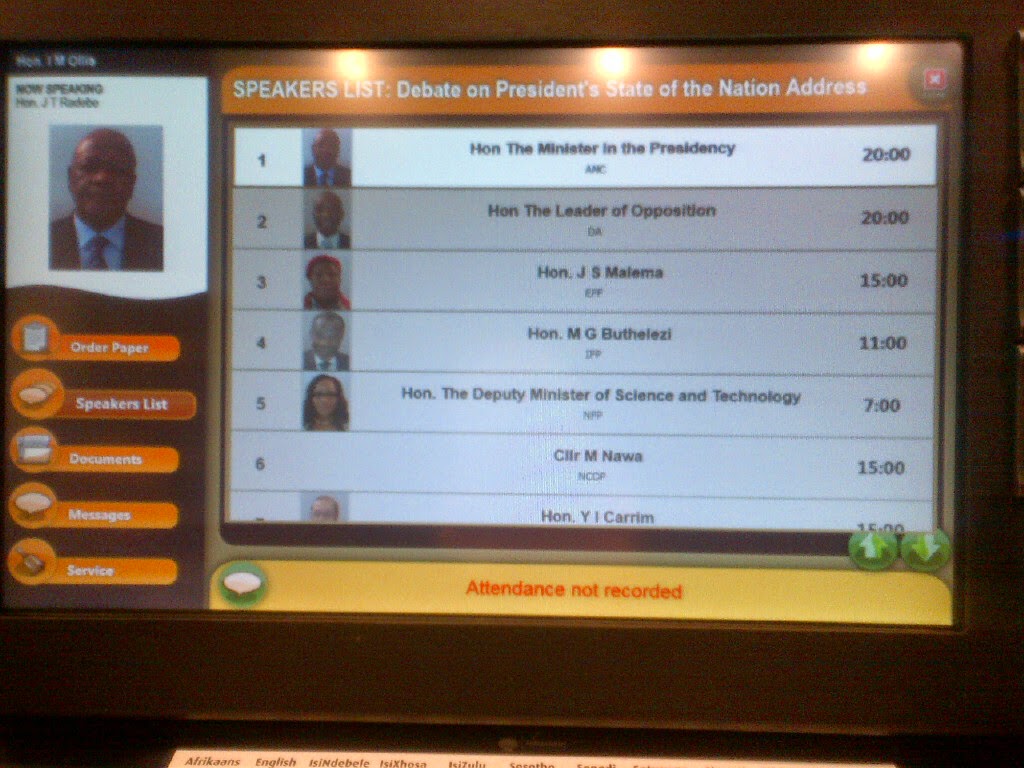 There were 22 speeches in all, parties given time in proportion to their seats in Parliament. Julius Malema was third up, with only five minutes to speak, followed by more ANC bigwigs and leaders of the smaller parties. Mangosuthu Buthelezi, leader of the IFP, rambled on about the treachery of his former colleague Zanele kaMagwaza-Msibi, appointed Deputy Minister of Science & Technology - proof, for him, that her National Freedom Party is an ANC-funded bulwark to bring Zulu voters on sides. The DA had the lion's share of Opposition speeches, and I particularly liked James Lorimer's incisive demolition of the government's minerals and energy policy, as well as Geordin Hill-Lewis's "sweeping" at the end, a summation of our position which managed to score some political points on the ANC's failings.

On Wednesday I was intrigued to listen to my counterpart, Minister of Small Business Development Lindiwe Zulu, outline government policy for supporting emerging businesses and entrepreneurs. She did a creditable job, hitting all the right notes. I have written my response in an earlier post today. After Jacob Zuma's reply to the SONA debate on Friday morning I walked across the floor of the House and introduced myself to the Minister. I said business is not interested in politics - it's interested in business. She greeted me warmly and offered to meet with me next week in a one-on-one. If we can develop a co-operative relationship then there is scope for some real progress. The interview in today's Sunday Independent suggests she has an open mind. I hope so - the country, and our millions of would-be entrepreneurs, depend on her taking a strong stand for free enterprise with her colleagues in Cabinet. 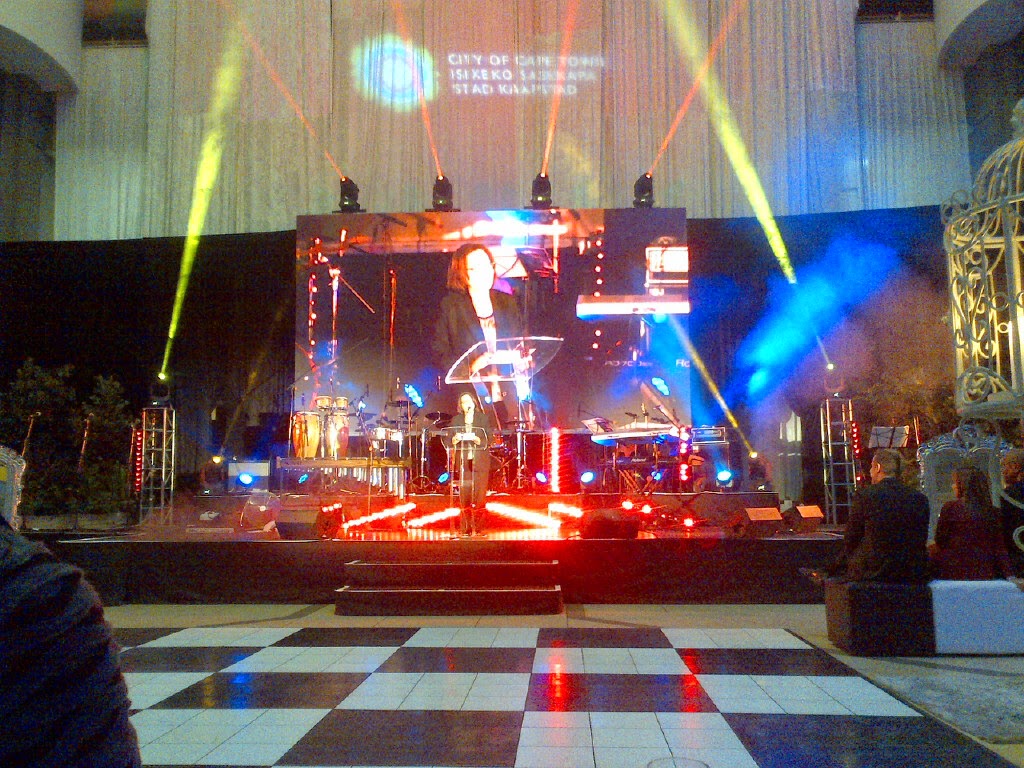 The Mayor of Cape Town, Patricia de Lille, hosted a reception for MPs at the City Hall on Wednesday. The ground floor of this capacious and usually cold building was transformed into a welcoming party venue, where we were entertained by local singers, delicious food and friendly councillors, mayoral committee members and local worthies. Diana and I chatted to Garreth Bloor, MMC for Tourism, Events and Marketing - he was the guest speaker at the opening of the Cape Town Summer Market in December which Adele Lucas Promotions organised on behalf of the City of Cape Town. There was a ripple of laughter when the MC, introduced  Deputy Speaker of Parliament Lechesa Tsenoli as a woman - he took the mistake in good humour.