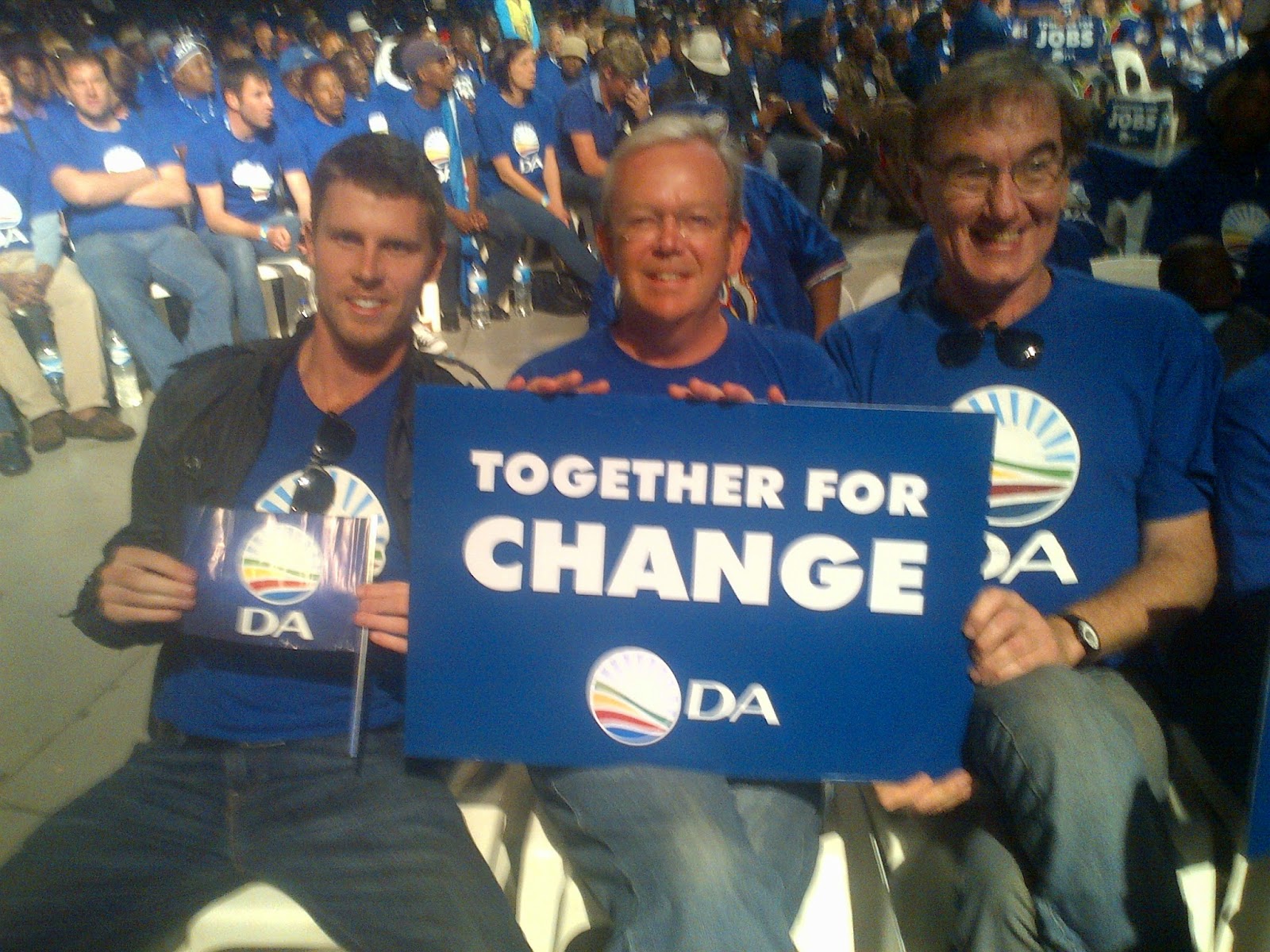 This morning the DA held its last big rally before Wednesday's election at the Coca Cola Dome in northern Johannesburg. It was a spectacular affair, with all the party heavyweights giving rousing speeches to around 12 000 DA activists. The DA's message is clear: another 5 years of an ANC government will lead to more unemployment, corruption, deteriorating services and economic stagnation. Give the DA the chance in this election to bring good and clean governance, incentives for economic growth and service delivery targeting the poor. To sum it up: Together for Change, Together for Jobs.

I got there early along with Colin Braude, my branch chair, and Ken Fullerton, a young activist who has just joined the party. We found some seats close to the front and milled around as the hall filled up. Everyone was in a very upbeat mood, the sense pervading that the party is set for major gains both in the national and Gauteng votes.

Activists were bussed in from from far and wide 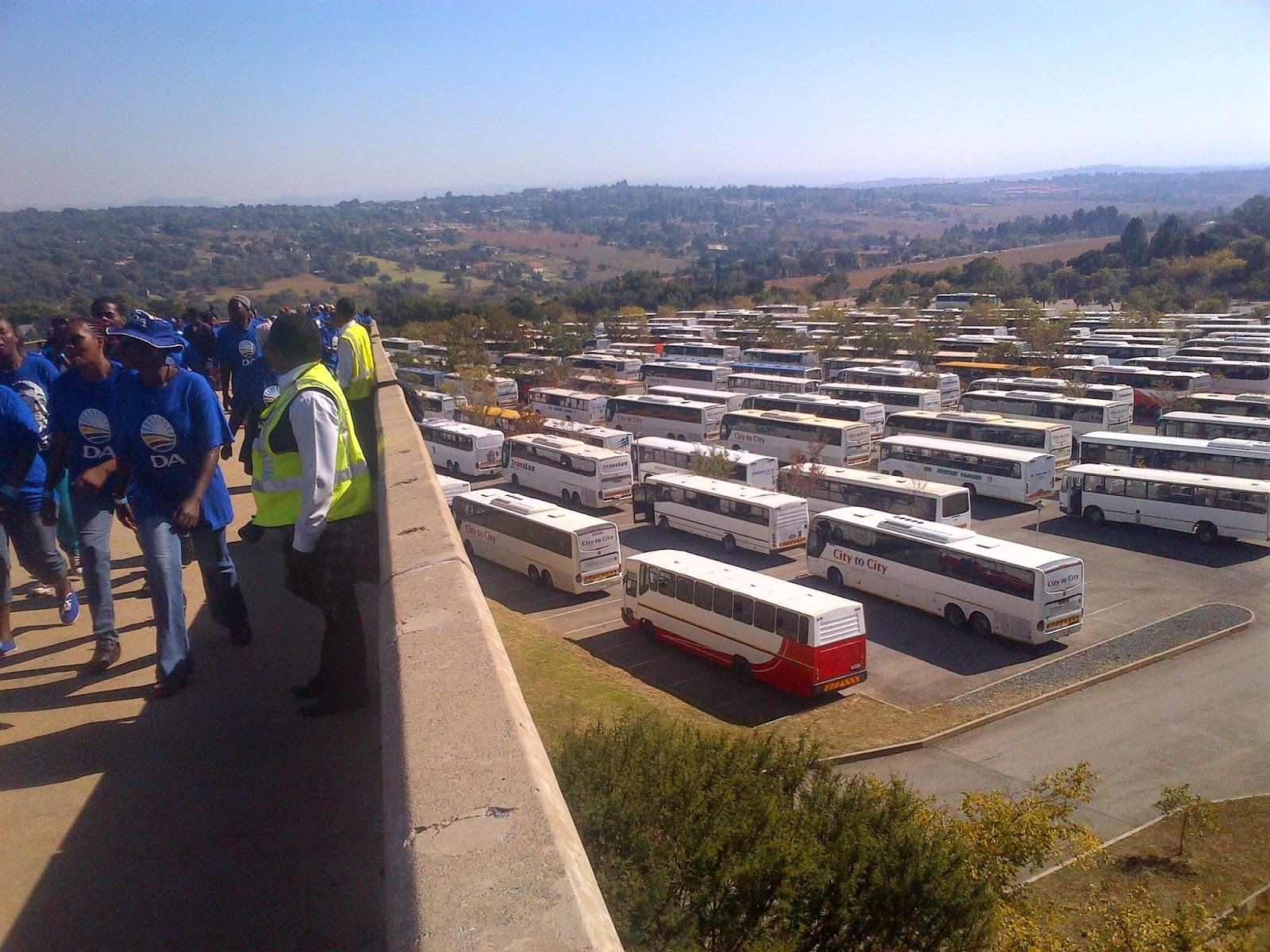 From where we were sitting the Dome looked chock a block 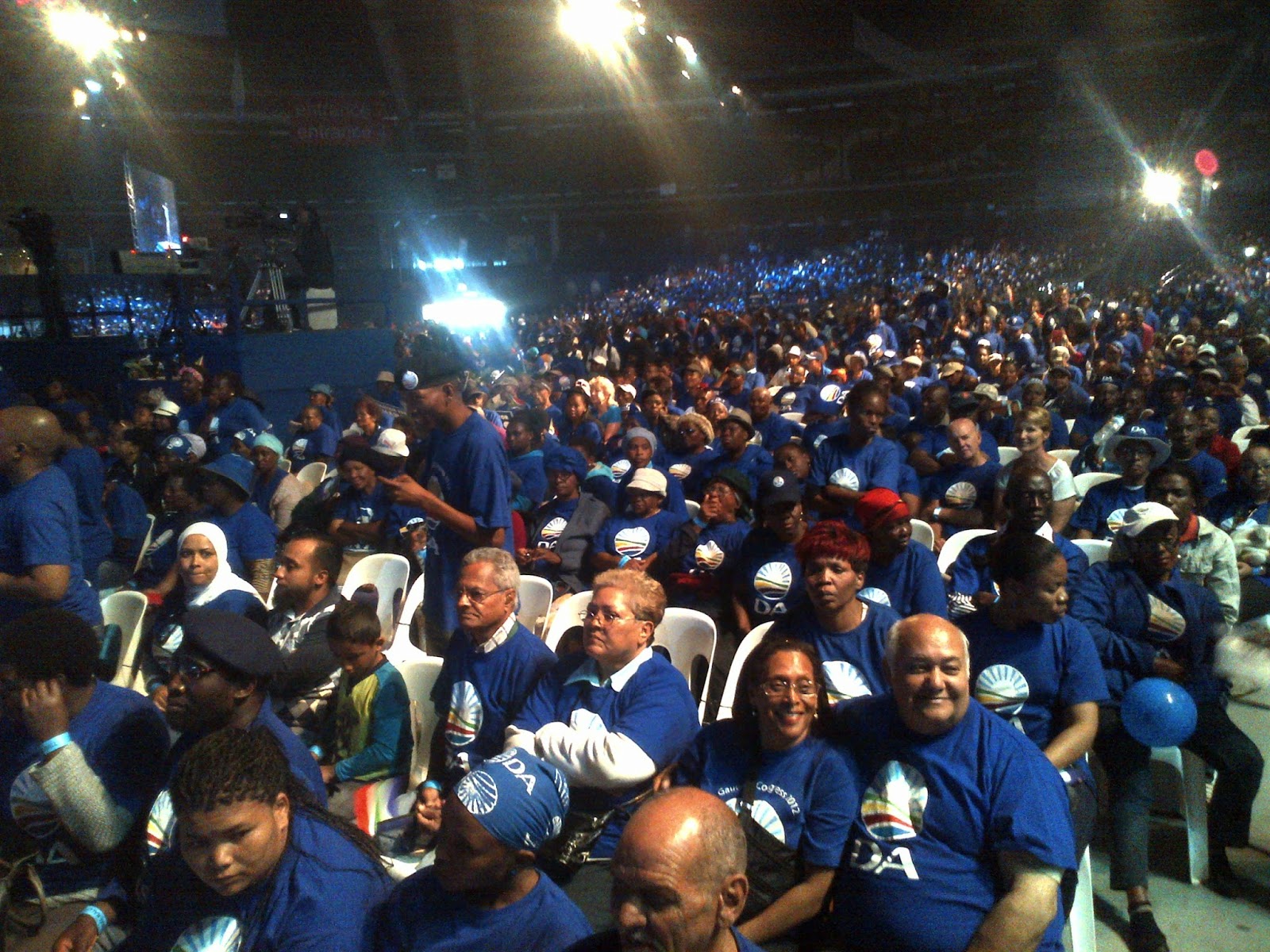 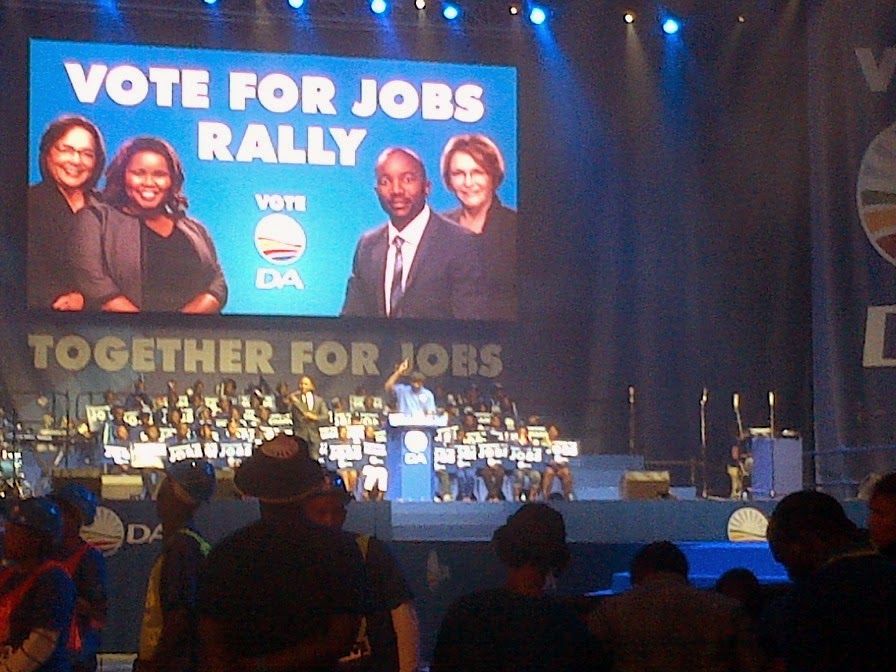 Lindiwe Mazibuko, Parliamentary Leader, whose recovered from her spell in hospital and is now in full election mode 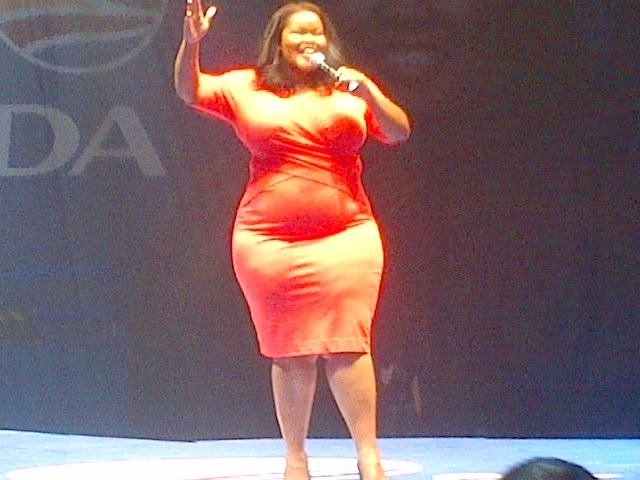 Lindiwe plunged into the crowd after her speech 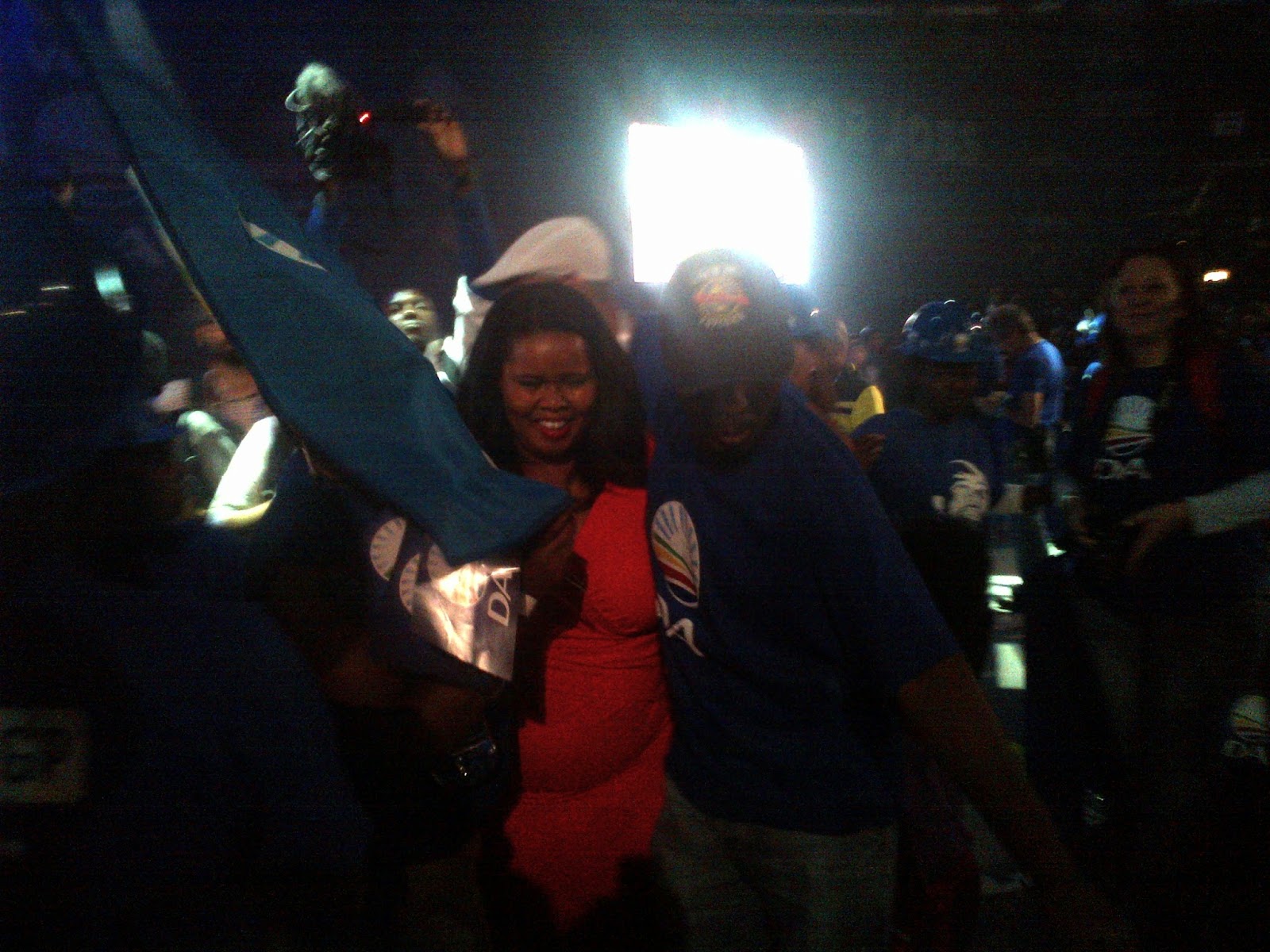 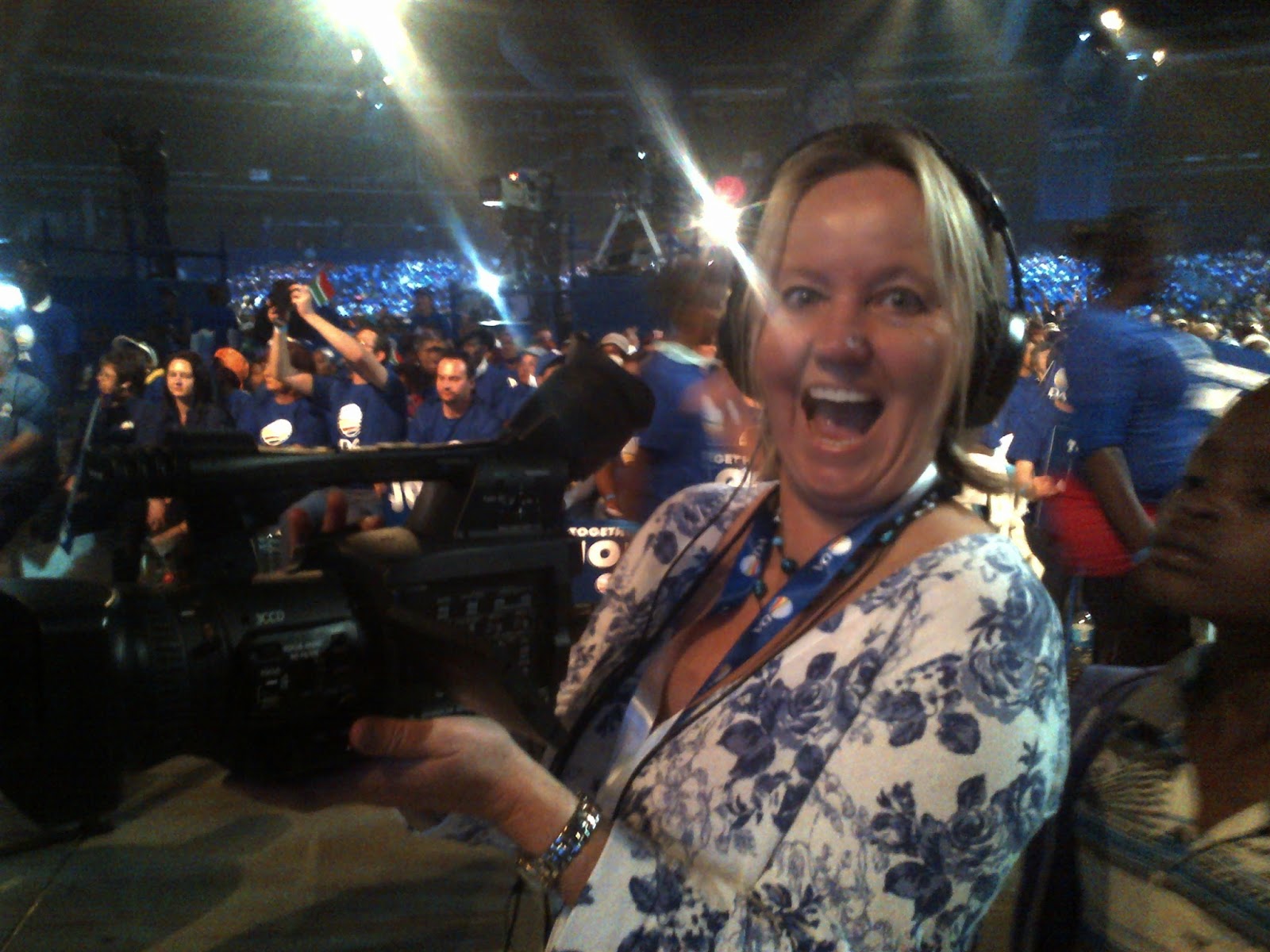 90% of the crowd were black - how can the ANC claim the DA is a white party? 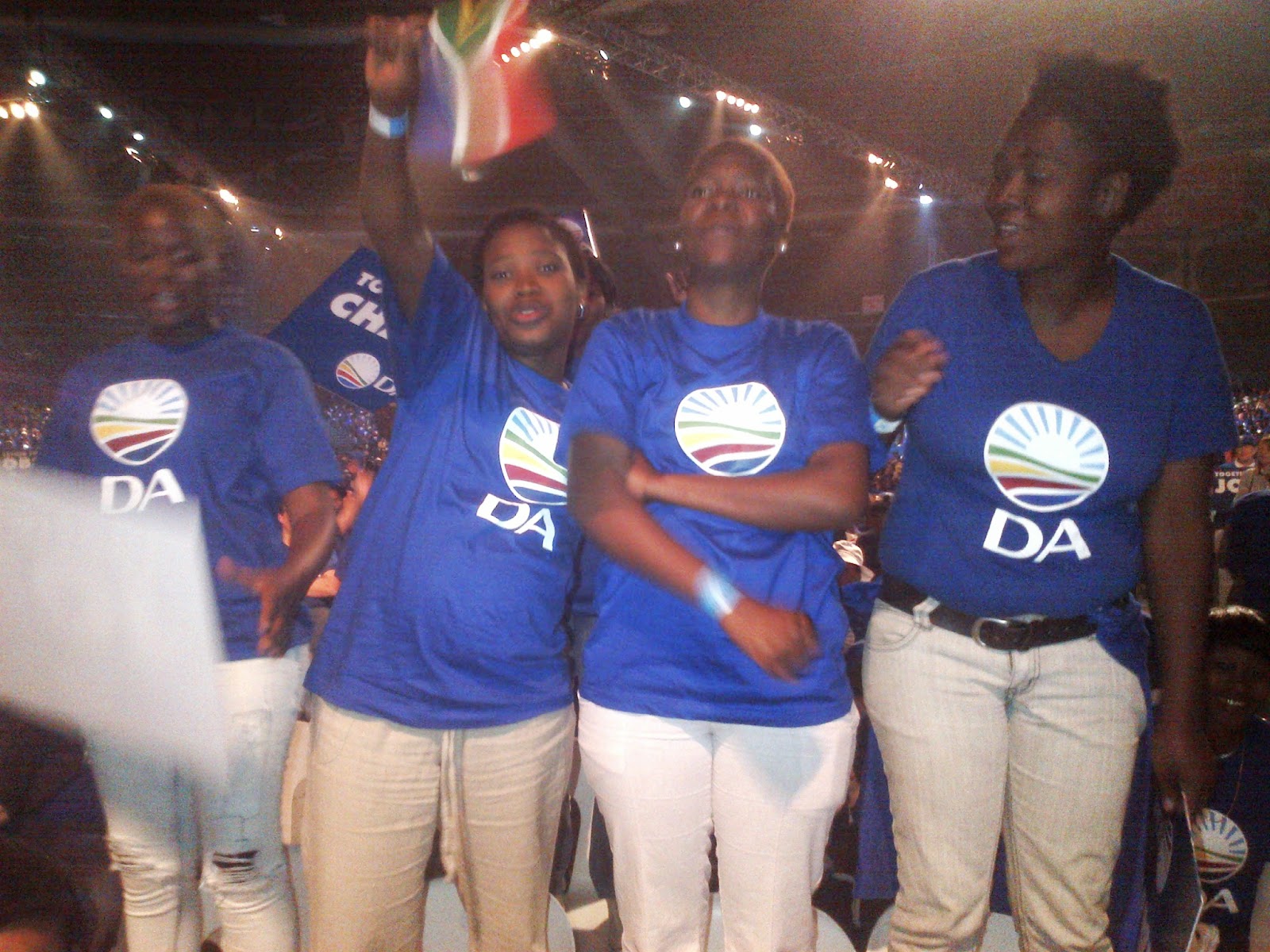 Mmusi Maimane was both MC at the start and the penultimate speaker. "The future is in our hands" 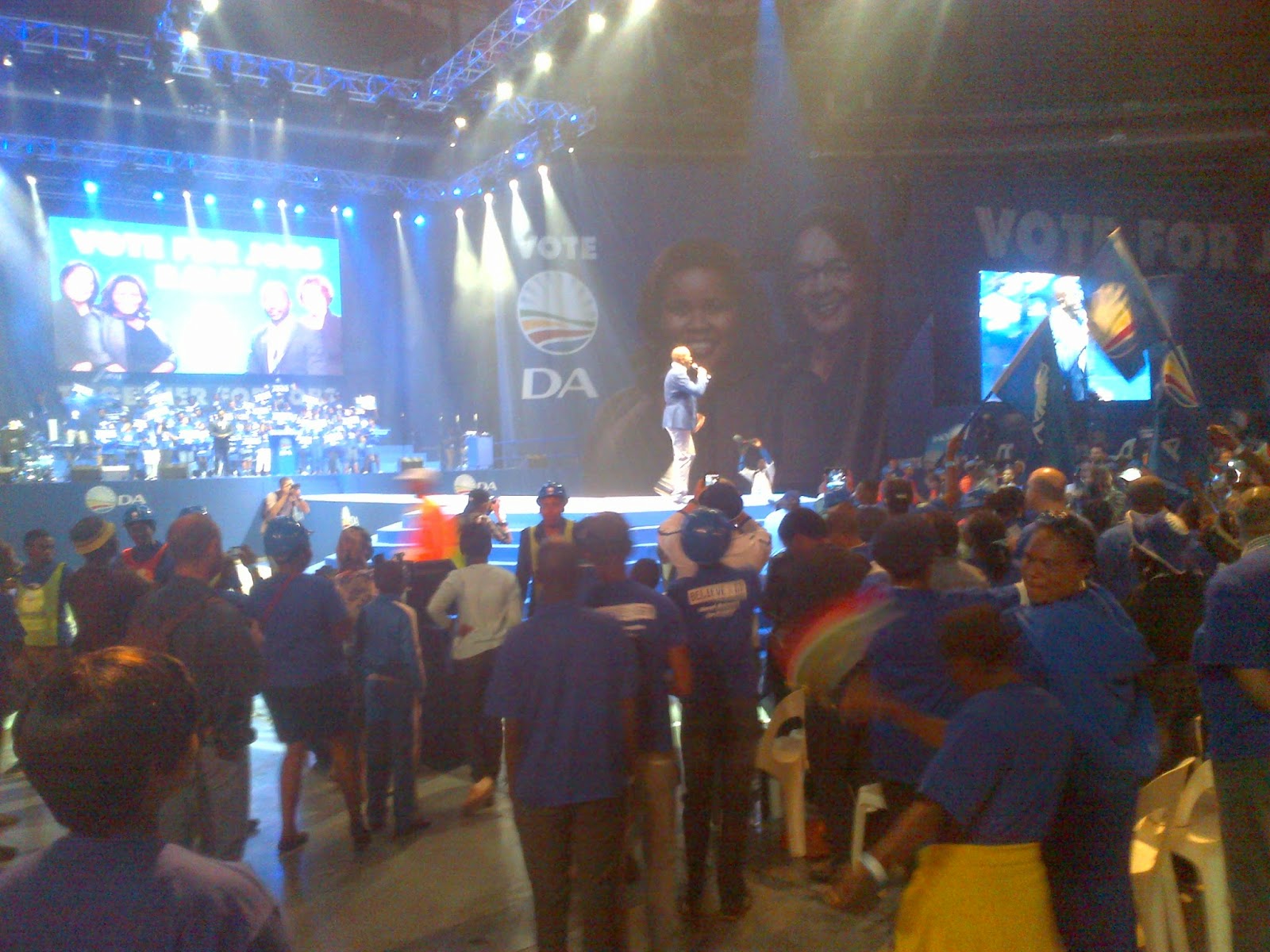 He was also mobbed as he came off the podium 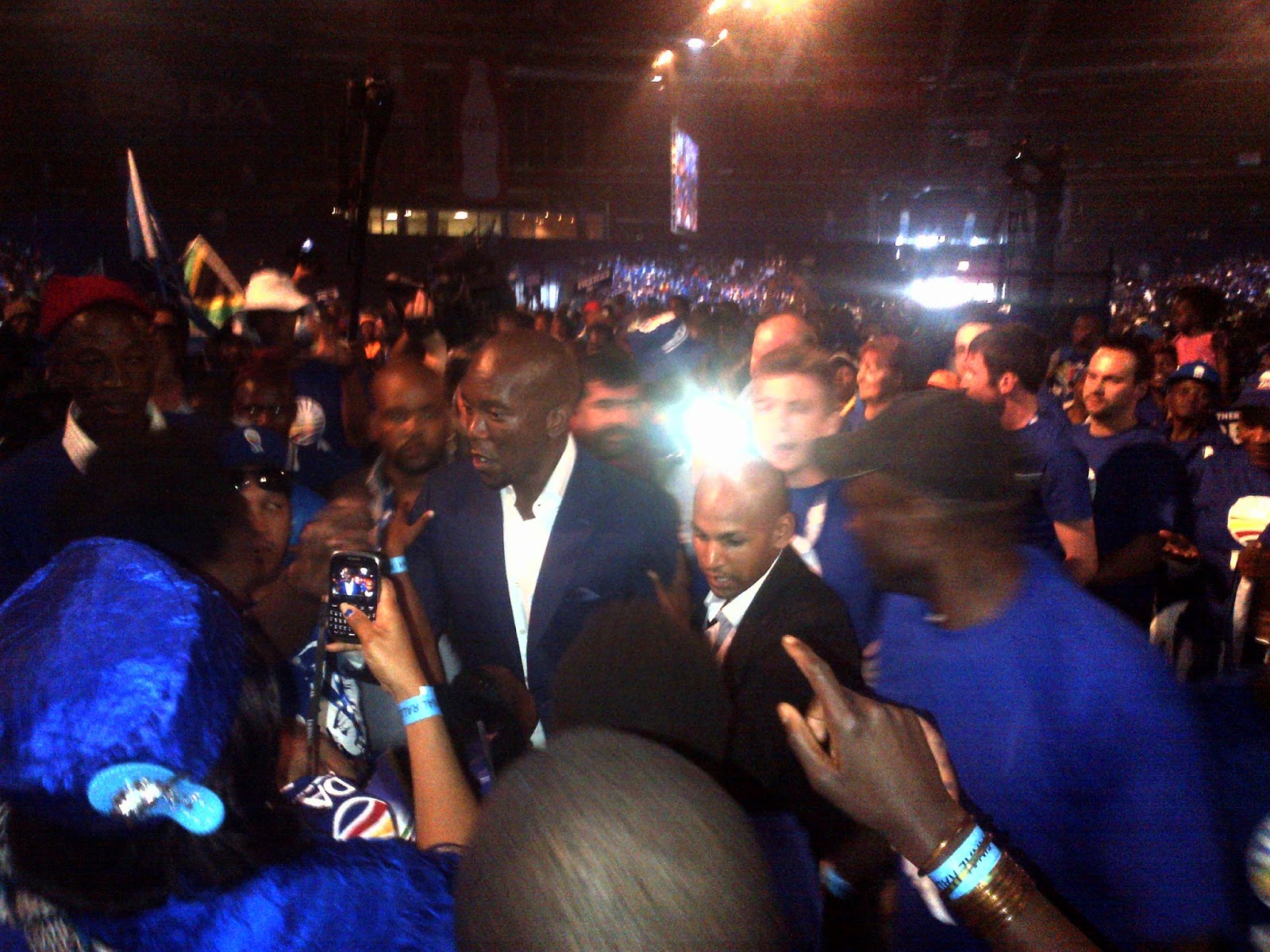 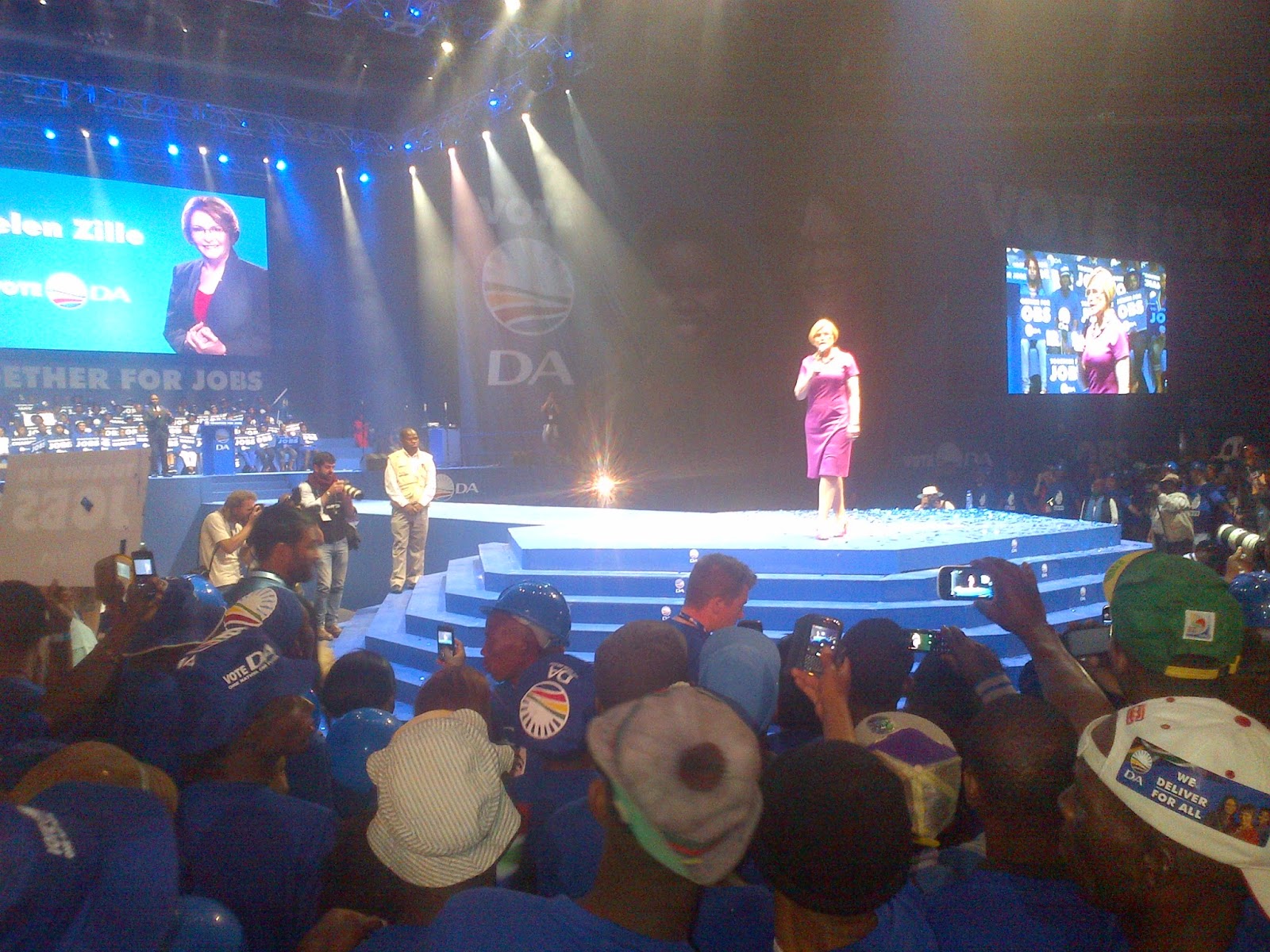 All three main speakers used big screens set below the stage in front of them which made for fluent speech making. 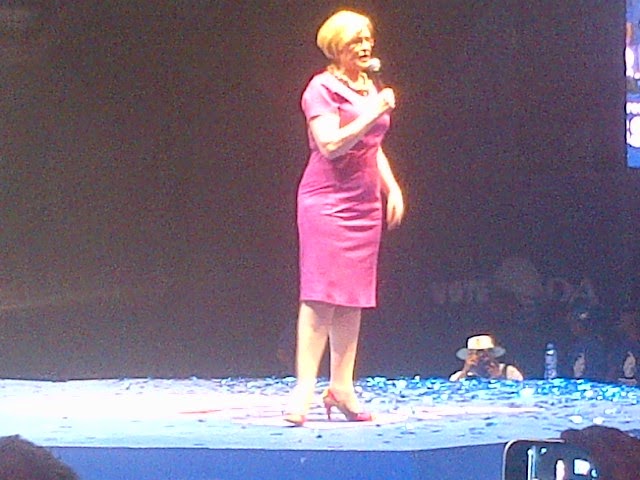 I took some video footage of the event - here is the final part of Helen's speech on YouTube. For my UK political friends, this is how we do it in South Africa! The ululating, pulsating rhythm is intoxicating and not something you would find at a Conservative Party election rally.
Posted by Toby Chance at 07:16