Britain went to the polls on June 9th 1983 and handed Mrs Thatcher's Conservative Party a landslide victory. With the defeat of the Argentinian junta in the Falklands conflict fresh in people's minds, her determination to rid the country of defeatism, and the destructive effects of socialism forcing Labour onto the defensive, the victory was never in doubt, only the scale of it.

I was living in Liverpool at the time, and worked as a volunteer for the election of the Conservative candidate Malcolm Thornton. To win, he had to overturn a majority of over 5 000 votes obtained by the SDP MP Shirley Williams in the 1981 bi-election. Williams was one of the Gang of Four who left the Labour Party after it elected the extreme left-winger, Michael Foot, party leader, the others being Roy Jenkins, David Owen and Bill Rogers. She was a high-profile figure which made the election very significant for us as her defeat would impact the SDP's ability to survive. (In the event the SDP merged with the Liberal Party to form the Liberal Democrats, now in a coalition with the Tories).

While staying with my elderly parents in north Wales a couple of weeks ago I uncovered a photo album in their attic, full of pictures I took of the campaign. It was my first serious effort at electioneering in a general election and I recall the excitement and rush of adrenalin at the count, which went long into the night.

Some people might be asking, how can a British Conservative now be standing as a DA candidate in South Africa? Well that will be the topic for another post. For now, let me share some of my memories of 1983 with you. 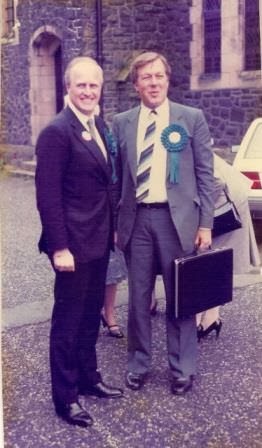 Thornton was able to secure a good number of senior Tories to assist with the campaign, who realised how important victory against Shirley Williams was. 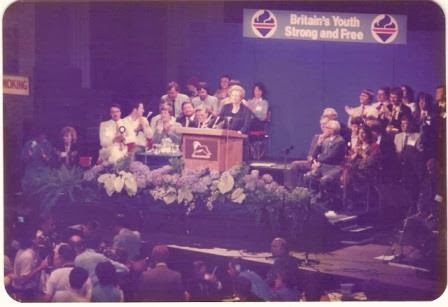 Mrs Thatcher at the podium at the Young Conservatives rally held at the Wembley Arena to drum up support among young voters. To her left is husband and faithful consort Dennis. Sitting just to her right is long term political ally and friend Cecil Parkinson who could be seen almost exactly 30 years later at her funeral at St Paul's Cathedral. 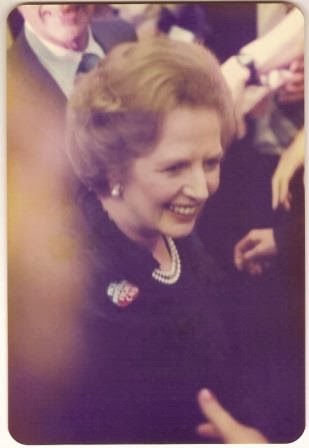 I managed to shove my way to the front of the crowd when she arrived at the venue and snapped this pic. Mrs Thatcher was a demon to some and a saviour to others. At Cambridge as a member of the Tory Reform Group in 1981 I was opposed more to her style of government than its substance. She was a conviction politician, and this rubbed many of the old guard up the wrong way. Ironically she had 6 Old Etonians in her first Cabinet, including Lord Carrington as Foreign Secretary who resigned after the Falklands were lost to the Argentinians - a principled act of sacrifice totally alien to the ANC after their many mess-ups! 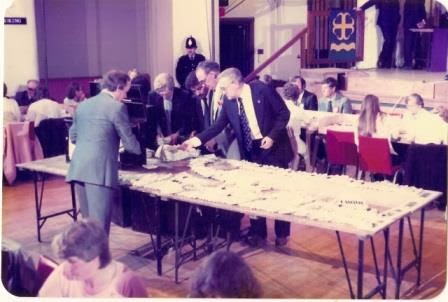 The count on the night of June 9th, where every ballot paper was counted and recounted. 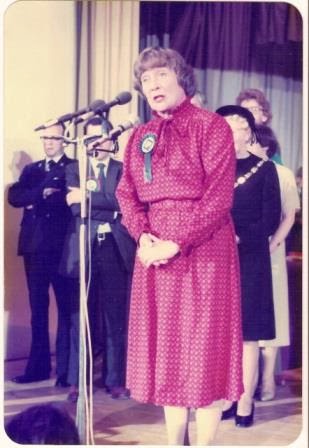 A teary-eyed Shirley Williams conceding defeat. It was a devastating blow for her and for me a bittersweet victory as the Gang of Four had redefined British politics by rejecting Marxist-Leninism in the Labour Party. This led to further decline under Neil Kinnock and eventually to the formation of New Labour under Tony Blair. 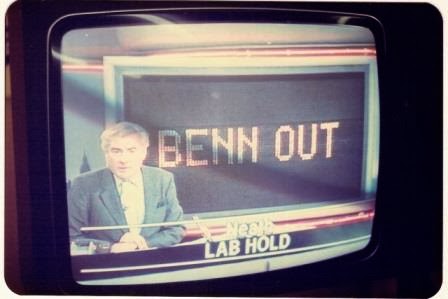 One of the highest profile MPs who lost his seat was Tony Benn, a leftist Labourite who gave up his title (Viscount Stansgate) in the House of Lords to become an MP. His defeat was a measure of the landslide Tory victory which returned them to power with a majority of 144 seats. 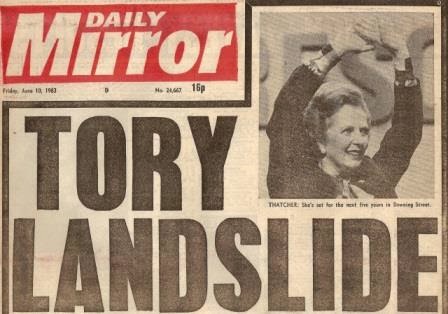 The press had a field day, the Labour-supporting Daily Mirror's headline saying it all. This was the start of the high-point of Thatcher's premiership in terms of policy implementation. The next three years saw the unions vanquished, the City of London de-regulated in the Big Bang and privatisation of many state-owned businesses. Tony Blair's New Labour adopted many Thatcher policies which have become the new political orthodoxy. The Heir to Blair, David Cameron, now has to contend with a Labour Party returning to its leftist roots under Ed Miliband.
Posted by Toby Chance at 06:58