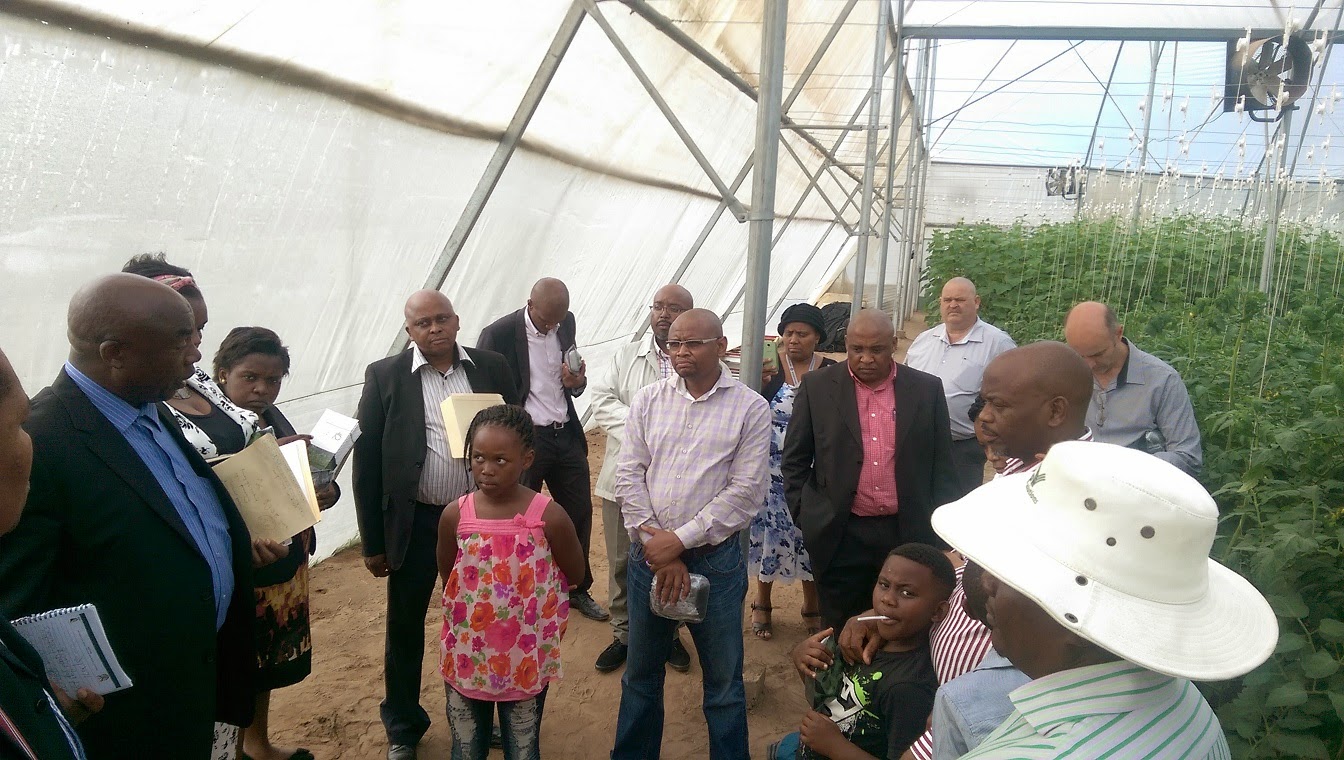 It's 9:30 pm on Wednesday and I've just arrived in Cape Town after Parliament was recalled for an unscheduled sitting tomorrow. This week was supposed to be for committee oversight visits but yesterday evening the Speaker sent an SMS to all MPs saying there was unfinished Parliamentary business to attend to. The programme was set to last only 25 minutes but the DA and other opposition parties objected that this was a waste of taxpayers' money. So it was extended to include a snap debate on the energy crisis (called by our Public Enterprises spokesperson Natasha Michael) as well as a debate on the report of the Powers and Privileges Committee on the conduct of the EFF and farewell speeches. More on that tomorrow after the sitting. For now, I will recount the events of the past two days in KwaZulu Natal, where members of the Portfolio Committee on Small Business Development assessed the state of cooperatives as well as efforts by the Province to stimulate small businesses. All in all it was a disheartening experience mixed with some bright spots.

The Speaker of Parliament Baleka Mbethe read out the following statement in the House of Assembly yesterday.

It was her attempt to show the institution of Parliament was responding to the events of Thursday. The actions of the committee she refers to will determine whether it is another ANC whitewash or will take its mandate seriously.

The DA will continue its protests until a) Mbethe resigns and b) President Zuma comes to the House of Assembly to answer questions.

Motion without Notice on the Soweto Arts & Crafts Fair 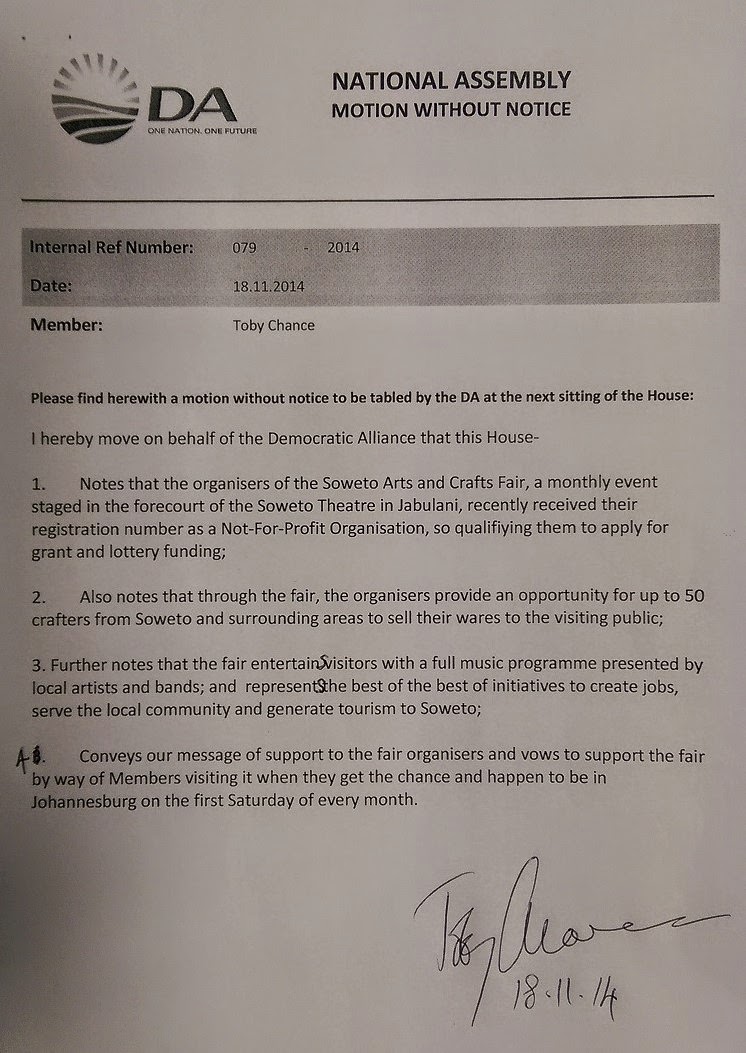 Parliament today was more subdued than on Thursday. There was blanket media coverage so no need to repeat it here. I will offer my thoughts another time. Suffice to say the issues remain the same as I highlighted in my post on Friday - how we can bring the House and the ANC to order and call the Executive - including Jacob Zuma - to account.

A committee has been formed with Leader of Government Business and Deputy President Cyril Ramaphosa as Chair, and ANC Chief Whip Stone Sizani and DA Parliamentary Leader Mmusi Maimane as a Vice-Chairs.

The Committee has the job of restoring the primacy of House rules over the whims of the Presiding Officers, all of whom are ANC appointees.

The Presidency released this statement today.

During today's session I was able to introduce a Motion without Notice on the Soweto Arts & Crafts Fair. I took this photo of it before handing it over to the Parliamentary clerks for the record.

I reproduce the text in full below.

Business not as usual - letter to Business Day

First, thanks to all the regular and new readers of Tata Ma Chance Tata Ma DA who visited over the weekend. Your shared my account of events in the House of Assembly on Thursday multiple times on Facebook and Twitter, leading to a huge spike in readership. Thank you! It seems to have struck a chord.

Sunday newspaper editors had to scurry to update their front pages, which no doubt were to be dominated by Numsa's expulsion from Cosatu until the wires became clogged with the story of police storming Parliament. For once they were spoiled for choice.

Amidst all the drama I overlooked my letter published in Business Day on Friday, reproduced below. I hope the Minister of Small Business Development, Lindiwe Zulu, takes my message to heart while she reflects on her unseemly behaviour in Parliament which has not gone down well, and nor should it. 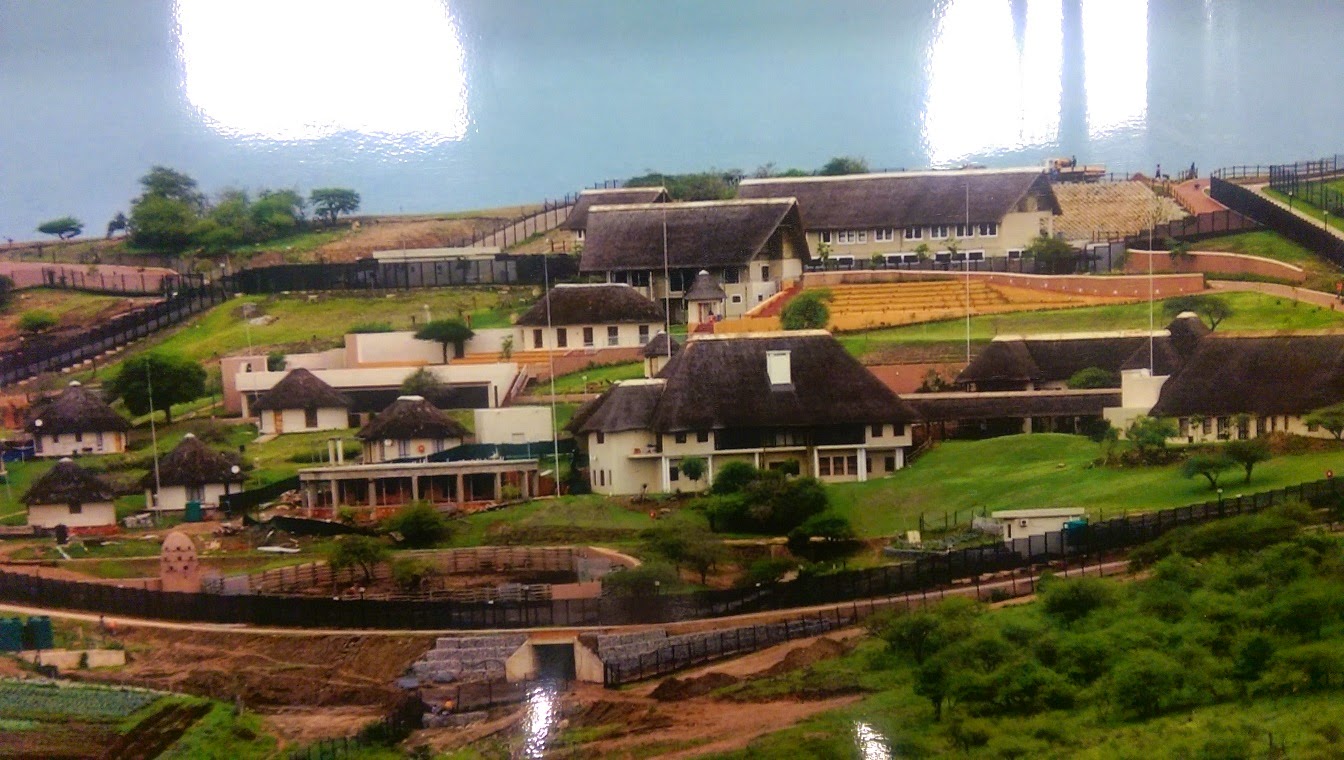 ANC self destructs in Parliament. South Africa the loser. DA the sole guardian of democracy.

Today will be remembered as a dark day in  South Africa's democracy. The Speaker and ANC Chief Whip cross swords. Speaker Mbete withdraws ignominiously. The House descends into chaos. Riot police enter the House and are forcibly removed by Members who refuse to be intimidated. Members are assaulted. Rules are ignored. DA Parliamentary Leader Mmusi Maimane restores order and dignity, establishing himself as Parliament's moral guardian. DA Chief Whip John Steenhuisen the bastion of order and propriety.

Tomorrow I will post a summary of events, and try to make sense of it all. 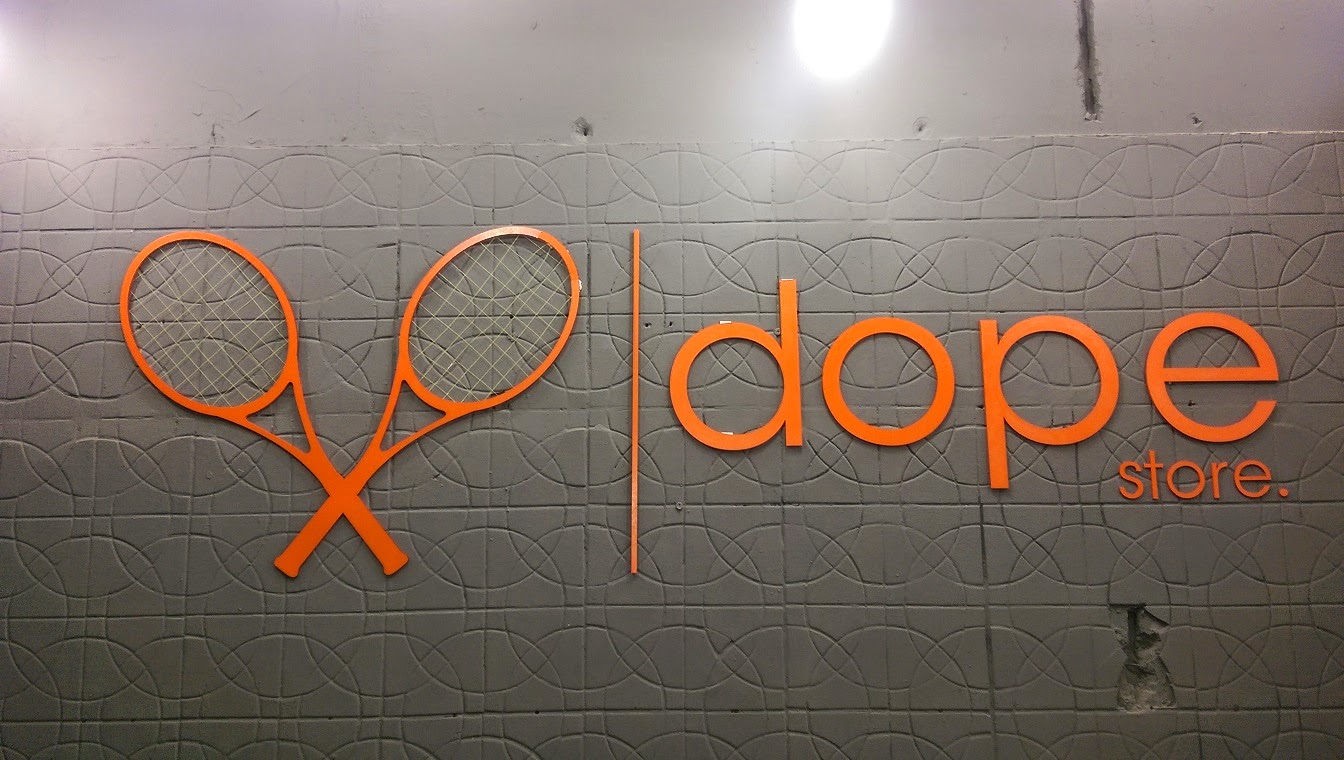 The beauty of choral evensong

One of the highlights of my month is singing in choral evensong at St George's Church in Parktown. Evensong is peculiar to the Anglican church and is taken from the Book of Common Prayer with most of the liturgy sung rather than spoken. St George's evensong takes place on the first Sunday of each month, followed by sherry in the hall. It is a beautiful service which leaves one feeling spiritually enriched and ready for the week ahead.