BizNews, owned and run by veteran financial journalist Alec Hogg, ran my piece on what SA needs to do to stimulate and support innovation and high-growth businesses. Click here to read it.

There are moves afoot, but they do not go far enough.

City of Johannesburg negligence: Public Protector sticks up for a small business owner

A couple of weeks ago I was listening to Afternoon Drive on 702 with Xolani Gwala, and caught the tail end of a call from a very distressed man who related how negligence by the City of Joburg had resulted in his business closing down and him losing everything. No-one was listening to him and all attempts to get the city to respond had failed. The City was even ignoring a report by the Public Protector that found against the City, and called for remedial action.

I called 702 and asked for this man's details and not long afterwards we were in contact. His name is Tshepo Kgaudi, and his business was the PhindiK line of shoes, designed in South Africa, made in and imported from Brazil.

What I discovered was truly shocking. For five years, the City had done everything possible to protect itself and an ANC local councillor of dubious ethics, Councillor Mzwandile Zwane,  from admitting its liability in the chain of events leading to the closure of the business.

Press statement: Small Business Ministry misses every one of its performance targets

Small Business Ministry misses every one of its performance targets

The Small Business Development Department’ 2014/15 Annual Report reveals that Lindiwe Zulu’s newly formed ministry has failed dismally in fulfilling its mandate by missing every single one of its performance targets for the year.

Amid a crippling national unemployment crisis, the department was set up to support the small, medium and micro-sized enterprises (SMME) sector in creating new jobs and to “lead an integrated approach to the promotion and development of Small Businesses and Co-operatives through a focus on the economic and legislative drivers that stimulate entrepreneurship to contribute to radical economic transformation”.
Read more »
Posted by Toby Chance at 08:50 No comments: 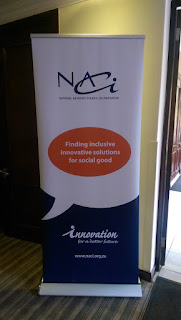