Notice of motion in the National Assembly

This afternoon I read a notice of motion in the House:

Speaking to Redi Tlhabi and Kieno Kammies on radio on the same day - a first!

Today I drove from Cape Town to Johannesburg and had the unusual experience of phoning in to Cape Talk and Talk Radio 702 at either ends of my journey and going on air on both stations!

I tuned in as Kieno was speaking to Keet van Zyl from Knife Capital, one of SA's leading venture capital and business accelerator firms. They were discussing the budget and why the Department of Small Business Development did not seem to be getting any traction from its R3,9 billion budget. I pointed out to Kieno that this was its three year budget but did not have time to mention it represents only 0,1% of total government spending, which says a lot about government's commitment - or lack of - to small businesses.

What some media outlets described as a "windfall" budget of R3,9 billion over three years is in fact a near exact repeat of what he announced in the Medium Term Budget Policy Statement in October last year. 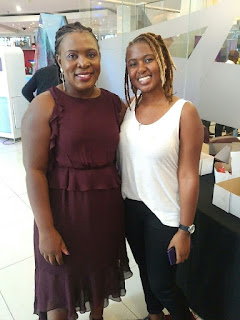 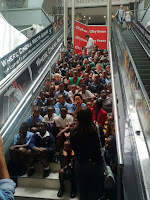 This afternoon I was privileged to attend a special screening of the movie Hidden Figures, organised by Lindiwe Matlali, founder of NGO Africa Teen Geeks. I tracked her down after reading a City Press article about the work she is doing using the principles of knitting to teach 5 year olds basic programming skills.

Today's screening was for 180 girls from disadvantaged backgrounds and shown simultaneously in Johannesburg, Cape Town and Durban, sponsored by the film distributor Times Media Films, City Press and Standard Bank.

I sent this letter to Mail & Guardian on Monday and was disappointed to see they did not publish it in today's edition.

It is true the Department receives a very small proportion of total government spending. The 2016/17 national expenditure ceiling was R1,15 trillion of which R1,3 billion went to the Department - a paltry 0,1%. This is roughly 114 times less than the Department of Social Development receives, mainly to pay out monthly grants to 17 million recipients.

Letter in Business Day: Zulu should gun for unity

Today's Business Day published an edited version of this letter I sent them after listening, appalled, to Lindiwe Zulu's speech in Parliament on Wednesday.

In her speech during the SONA debate on Wednesday Minister of Small Business Development Lindiwe Zulu said government would use its annual R500 billion procurement expenditure like the AK 47s used by Operation Vula soldiers in the armed struggle.

As a former MK operative, Minister Zulu knows the destructive power of the AK 47 killing machine. To compare its procurement budget to this weapon is to imply that somewhere out there is an enemy to be destroyed in the march to economic liberation.

The sub-text is clear: the enemy is so-called "white monopoly capital".
Read more »
Posted by Toby Chance at 22:53 No comments: 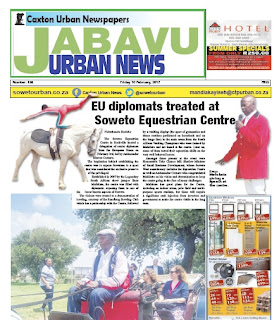