Alec Hogg's BizNews website features my opinion piece on why it was wrong for Sudanese President Omar al-Bashir to be allowed to leave South Africa, defying a court order to detain him.

The DA has been vocal on this issue. Our view is categorical: South Africa must uphold the rule of law and the constitution. Our international commitments go further than Africa.

Read this interview in City Press with a former ICC judge for a broader perspective on the issue.
Posted by Toby Chance at 13:14 No comments:

Minister Zulu chooses African unity over the rule of law

Minister of Small Business Development, Lindiwe Zulu, has clearly forgiven Robert Mugabe for describing her as "a stupid woman" and as "a little streetwalker" after she called for the 2013 Zimbabwe elections to be delayed.

In this evening's snap debate on the escape of Sudanese President Omar al-Bashir from the AU Summit in Johannesburg last Monday, Minister Zulu was deployed to trot out the ANC party line that African unity is more important than observing both international and South African law for the government in which she serves.

The decision to let him leave the country was a collective cabinet decision, she said. 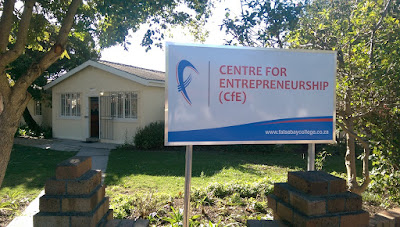 Yesterday I visited one of the three Centres for Entrepreneurship that have opened their doors since the DTI conceived of them a couple of years ago, before the formation of the Department of Small Business Development. This is one of the better ideas the DTI has had, among the raft of programmes devised in the past twenty years aimed at stimulating entrepreneurship in South Africa.

My visit confirmed for me there is no substitute to seeing something face to face, and speaking to the people involved, if you want to get a true picture of what is going on. In Parliamentary speak, I was conducting an "oversight visit."

Letter to Minister Rob Davies about alleged corruption at the DTI

Today I wrote a letter to Minister of Trade and Industry Rob Davies requesting him to institute an investigation into corruption in his department.

The allegations of corruption came up during Wednesday's Portfolio Committee meeting where the King of Midlands cooperative described how they were led down the garden path, at a cost of R270 000, but the DTI and a consultant who made promises that were not fulfilled.

I am looking forward to Minister Davies' response. 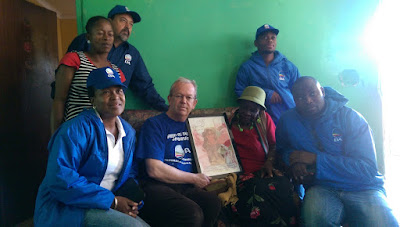 The atrocity happened just a few metres from Naledi High School, where student organisers of the march that day, protesting against Afrikaans as a medium of instruction, took decisions that changed South Africa forever.
Read more »
Posted by Toby Chance at 13:13 No comments:

On Friday, the Parliamentary joint subcommittee on probing violence against foreign nationals sat for the second time. I have been appointed to the committee along with my DA colleagues Sej Motau from the National Assembly and Bridget Masango from the National Council of Provinces (she has replaced Jaco Londt who had to withdraw due to other commitments).

Media coverage has been meagre so far but will doubtless increase as the committee's deliberations ensue. ENCA covered the announcement of the Committee - see the link below:

ENCA on the announcement of the Committee

Note to editors: The following remarks follow an oversight visit today by the DA’s Shadow Minister of Small Business Development, Toby Chance MP, to several industrial and business parks in the City of eThekwini.

Both the Jabulani Business Park in Verulam and a Mushroom-growing plant near King Shaka International have fallen out of use for years, despite 383 000 eThekwini residents being unable to find work.